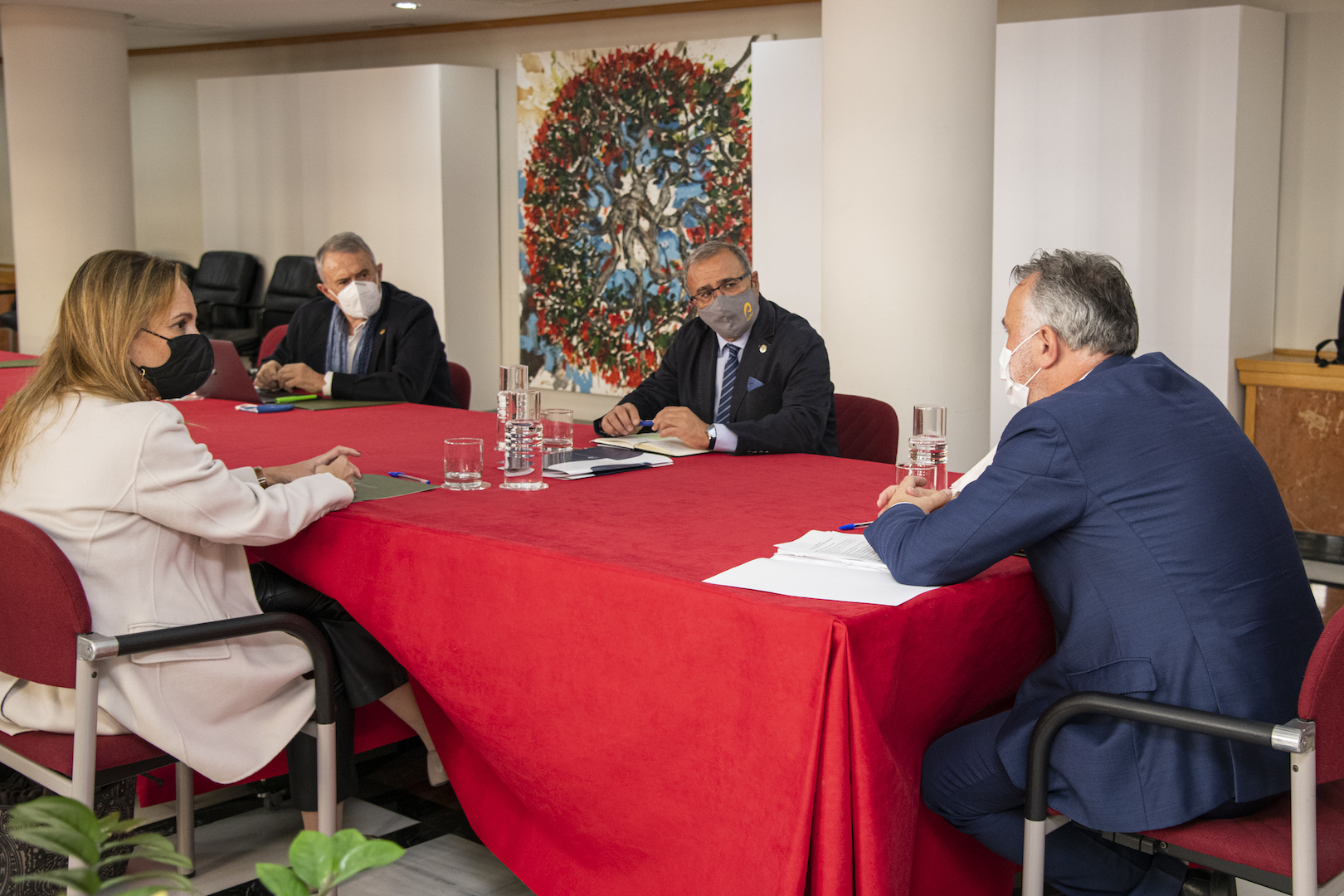 On Wednesday, 26th January, the president of the Canary Island government, Ángel Víctor Torres, learnt the proposals put forward by the Canarias Importa [The Canary Islands are Important] initiative. These have been advocated by the University of Las Palmas de Gran Canaria’s Social Council and produced by ten experts and more than 50 contributors with the aim of proposing measures for the design of a new development model for the Canary Islands within the new outlook for the future brought about by the Covid19 healthcare crisis.

The document was presented by the Social Council’s chairman and vice chariman, Jesús León Lima and Ana Suárez Calvo. They were accompanied by Francisco Rubio Royo, honorary rector of the ULPGC and coordinator of the initiative, who described the actions suggested in the document, which experts have been working on since last June, to the regional president.

Jesús León Lima also explained to the regional president that the Social Council decided to launch this initiative to create a document whose proposals are different to those of other institutions, with the aim of connecting the Canary Islands to prosperity, and to an economy with greater added value, diversity and sustainability. To this end they have enjoyed the collaboration of 10 renowned experts form inside and outside the university.

“At the Social Council we believed that this was the moment to take action and create a guidance document which includes a work proposal based on the synergy between three ecosystems: blue, green, and orange. In addition, all actions would combine social, economic and environmental elements and consider the immediate future, especially that of our young people as their future is the future of our society”.

He finished by calling for the support of the Canary Island government, as “this is essential” in order to implement the actions outlined in the living document. The chairman of the Social Council stated that, as had been reported, meetings are being held with different bodies and social and economic institutions in order to present the Canarias Importa proposals. Such meetings have already taken place with the president of the Canary Islands parliament, the Comisiones Obreras trade union, and representatives of Canary Island professional associations.

Francisco Rubio Royo, who is in charge of coordinating and steering the team of experts which has made this initiative possible, said that the document outlines “an open model for the medium and long term without forgetting the here and now”. The Canarias Importa initiative is a transformative process which will require reviewing. It should be developed to be sustainable and diverse, without relying too much on tourism.

The document offers an inclusive model which highlights the importance of the social element and is divided into 10 strategic elements – core, strengthening (such as health care, trade, logistics, digital transformation, and social wellbeing) and driving (such as smart and digital tourism).  According to Rubio Royo smart and digital tourism is the key driving element. It is aimed at older people and summed up in the Senior Resort School & Lab pilot project which supports the creation of a micro destination for seniors: the hotel-laboratory.

“It is necessary to support new professional training, including bilingualism, dual training, and applied innovation within the services sector, which provides a stimulus for youth employment”. He also spoke of the need to establish a technical department “capable of spreading change throughout society”.

While concluding, Francisco Rubio Royo referred to what the Canarias Importa initiative means by implementation strategy and alluded to the 200,000 euros which Spain will receive from European funds and need to make “the best possible use” of.

The meeting ended with the chairman of the Social Council thanking the president of the regional government for his interest and handing over a USB stick containing the document.