Organised by the ULPGC Social Council

In May 1989 the Canary Island’s Parliament passed a law which gave way to the creation of the University of Las Palmas de Gran Canaria (ULPGC). The founding of this university came as a result of the society’s demands in favour of this, coming from all corners of the Canary Islands and in particular from Gran Canaria.

This year is the 25th anniversary of this and to celebrate the ULPGC has been organising a series of events which seek to recognise the role played by some of those who distinguished themselves in the achievement of this goal. Above all, however, these events aim to bring about a closer relationship between the university and society.

To this end, the ULPGC Social Council has taken the initiative of holding a series of lectures which seek to convey the work carried out by the university during its continued service to Canarian society.

These lectures will specifically give an overview of the different strategic areas within the Canary Islands and their link to the university.

It should be noted that this initiative has required the collaboration from six organisations from Gran Canaria with strong social ties, as well as from the Island Councils of Lanzarote and Fuerteventura. Eight round tables have been organised and university researchers and professionals from the different fields, put forward by the collaborators, will take part. 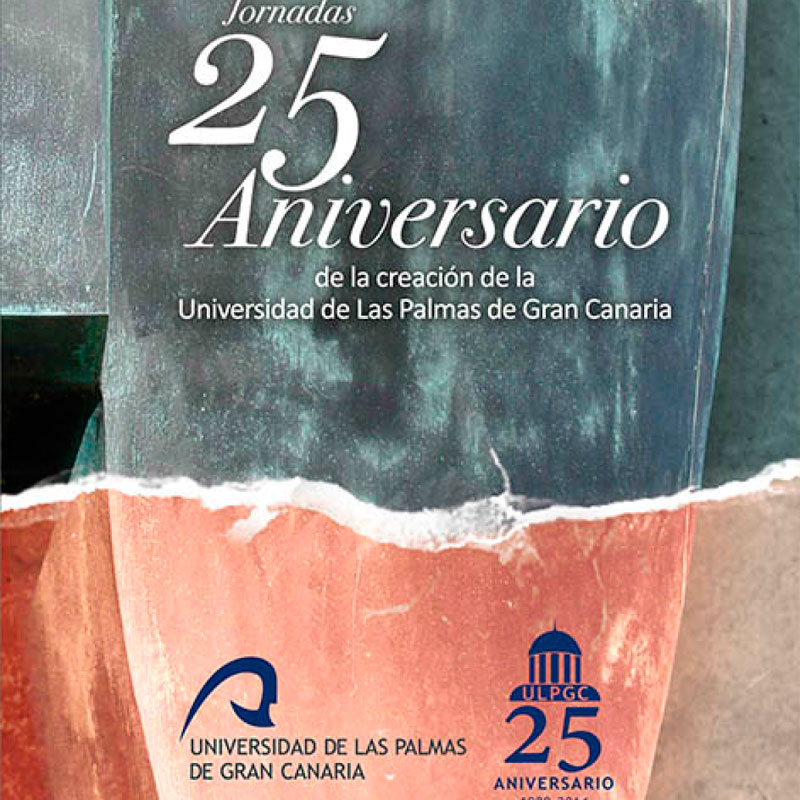 Among the events organised by the Social Council in 2008 was the 3rd University-Society Conference, which included the presentation of Salvador Sánchez-Terán’s book La transición. Síntesis y Claves, published by Editorial Planeta. 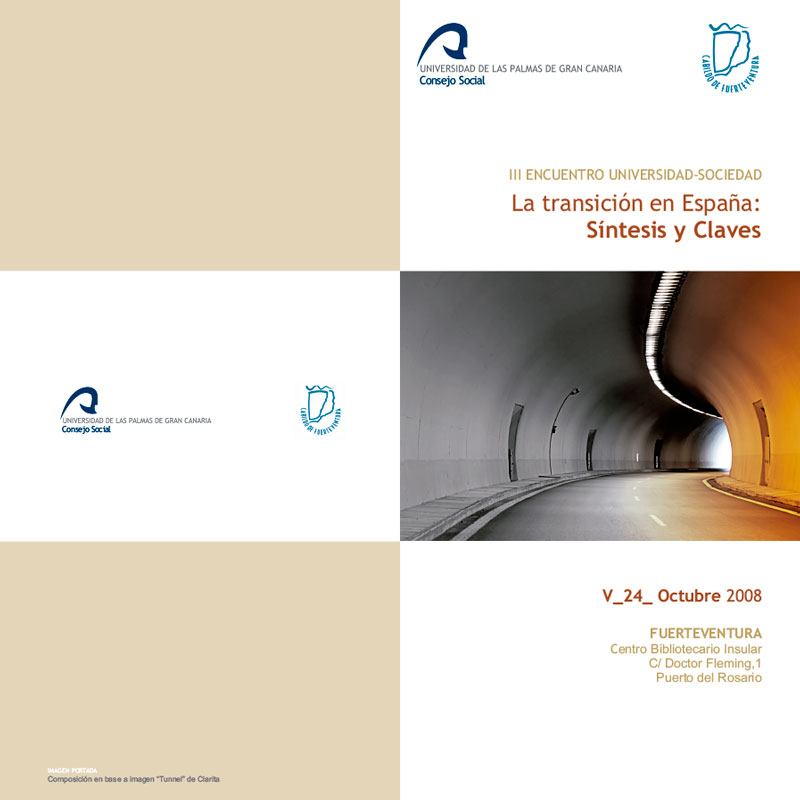 The second University-Society Conference organised by the University of Las Palmas de Gran Canaria’s Social Council dealt with “the political transition in Spain and the Canary Islands from the perspective of some of its protagonists”.

The day concluded with a round table debating the political transition in the Canary Islands, with some of its protagonists invited to participate: José Miguel Bravo de Laguna, Miguel Cabrera, José Carlos Mauricio, Lorenzo Olarte, and Anastasio Travieso.

The political transition to democracy in the Canary Islands poses three key questions: Firstly the debate surrounding the economic model, which began years previously with the debate around the Canary Islands Economic and Tax Regime (REF) and, subsequently, with the process of inclusion in the European Economic Community. Secondly, Spanish decolonialisation of Western Sahara, which had wide-reaching effects on the Canary Island’s society and politics during the seventies and eighties. Among these effects were the economic and demographic impact of Canarians returning from living in the Sahara, the new nature of the islands in the middle of the Sahara-Morroco conflict, and the effects on the fishing grounds.

Following the implementation of the Spanish Constitution, the debate concerning the Canary Islands Statute of Autonomy began. This was finally approved in August 1982. That no statute bill had been put forward before Franco’s Coup d’État meant that the Canary Islands had to begin the process towards self-government from almost the beginning. This irrevocably put them on the path set out in Article 143 of the Constitution (the slow path) instead of that stipulated in Article 151 (the faster path). However, the desire of many sectors to transform the Canary Islands into one of the Spanish regions with the most powers, on par with the so-called “historic nationalities”, provoked tense debate among political groups across the islands. Through finding consensus, these political groups achieved the Ley Orgánica de Transferencias a Canarias [Canary Islands Devolution Act] (LOTRACA) which allowed for self-government on a similar level to that enjoyed by the historic nationalities. 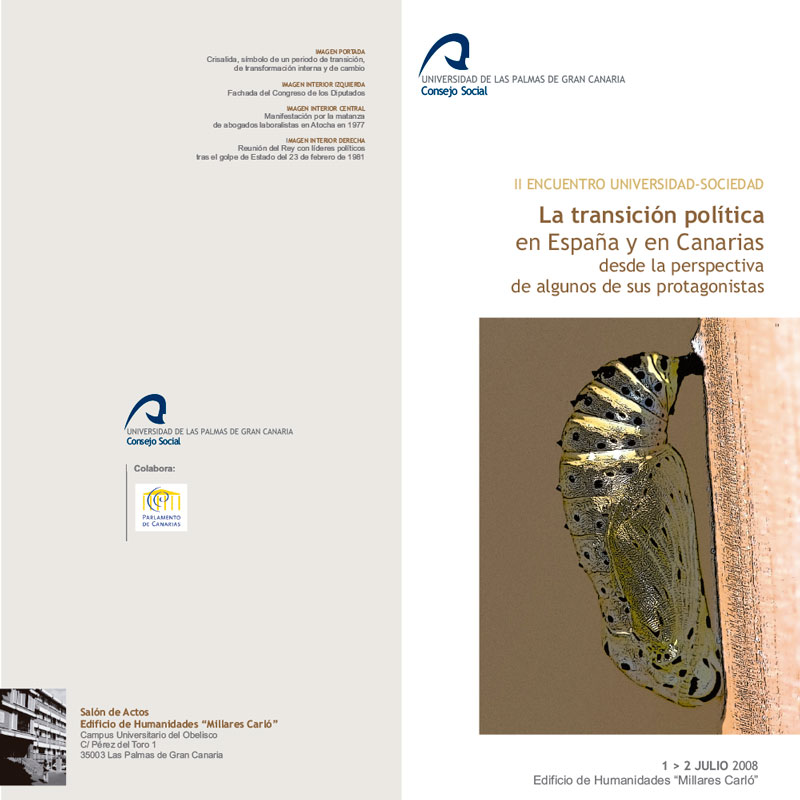 Of note among the work of the ULPGC’s Social Council in 2006 is the organising of series of lectures and debates on academic and social issues which reinforce the relationship between the university and society.

To follow through on this aim, the Social Council instigated a series of lectures on non-academic topics which may be of interest to society.

This first conference was organised in collaboration with the Island Councils of Fuerteventura and Lanzarote under the titles of The Da Vinci Code and the History of Christianity and The Gospel of Judas: Myths and Reality, taking place on 7th and 8th November 2006 on Fuerteventura and on 9th and 10th November 2006 on Lanzarote. In this way, the presence of the Social Council was spread to other islands forming part of the Archipelago. 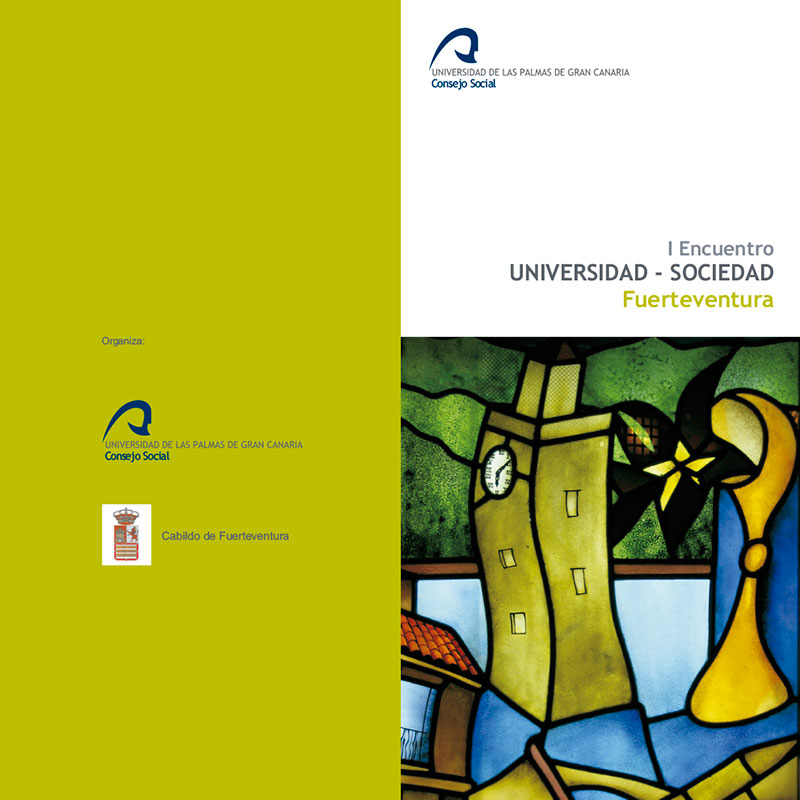 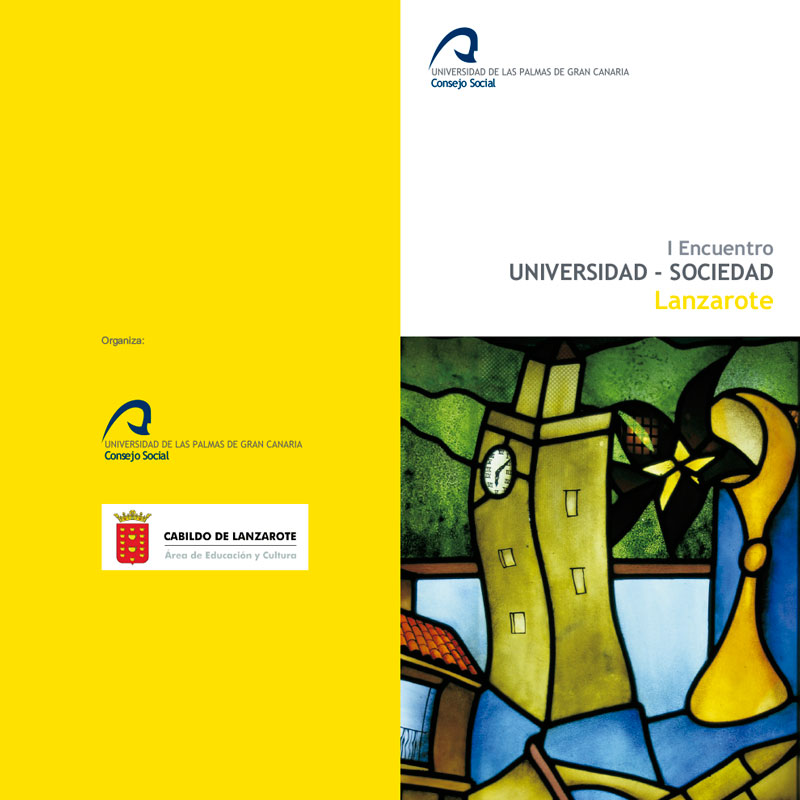