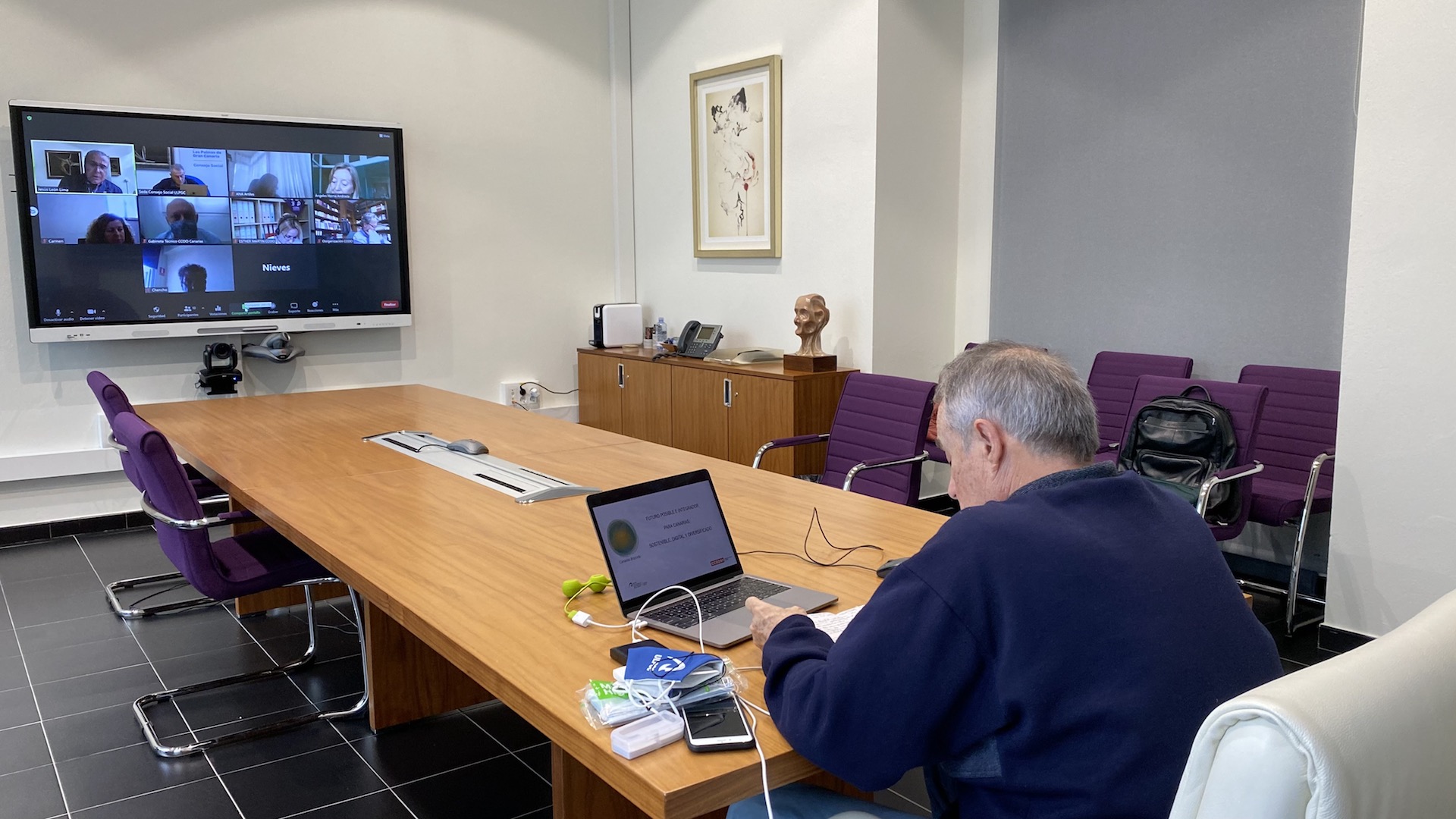 Alongside the honorary rector of the ULPGC, Francisco Rubio Royo, the chairman and the secretary of the ULPGC Social Council, Jesús León Lima and Miguel Ángel Acosta Rodríguez, explained the proposals of the Canarias Importa [The Canary Islands are Important] initiative to representatives of the Canary Island branch of the Comisiones Obreras trade union. These proposals were produced by ten experts and more than 50 contributors with the aim of recommending measures for the design of a new development model for the Canary Islands within the new outlook for the future brought about by the Covid19 healthcare crisis.

Following the remarks of Francisco Rubio Royo, coordinator of the Canarias Importa initiative, the Comisiones Obreras secretary general, Inocencio González, praised the work conducted by the facilitators and expressed his intention of including the initiative as a tool for trade union action. He explained that, “at present in the Canary Islands we are drawing on data which has been exacerbated by the current pandemic and it is therefore important that, with this shift, nobody is left behind”.

The Canarias Importa coordinator, Francisco Rubio Royo, presented and underlined the main points of the Canarias Importa proposals and implementation strategies, “which allow the medium and long term transformation to be carried out”. He also thanked the Comisiones Obreras trade union for its interest and made himself available to expand on any point of the initiative.

For his part, the chairman of the Social Council, Jesús  León Lima, thanked Comisiones Obreras for its quick response in learning the details of the document, which was advocated by the Social Council and “cannot be kept on the sidelines while the talent and knowledge within both the university and society in general are not taken advantage of for the promotion of this initiative which, on the basis of the current situation, seeks to contribute ideas with a long term vision which shows us the path forward for the Canary Islands and seeks to be different from other proposals”.

The Canarias Importa initiative has already been presented to the president of the Canary Islands Parliament, Gustavo Matos, and the ULPGC Social Council will soon set out its conclusions to the Las Palmas professional associations and the Confederación Canaria de Empresarios [Canary Island Confederation of Entrepreneurs].