Only 0.34% of ULPGC Students Leave the University as a Result of the Regulations for Academic Progression and the Right to Continue Studying 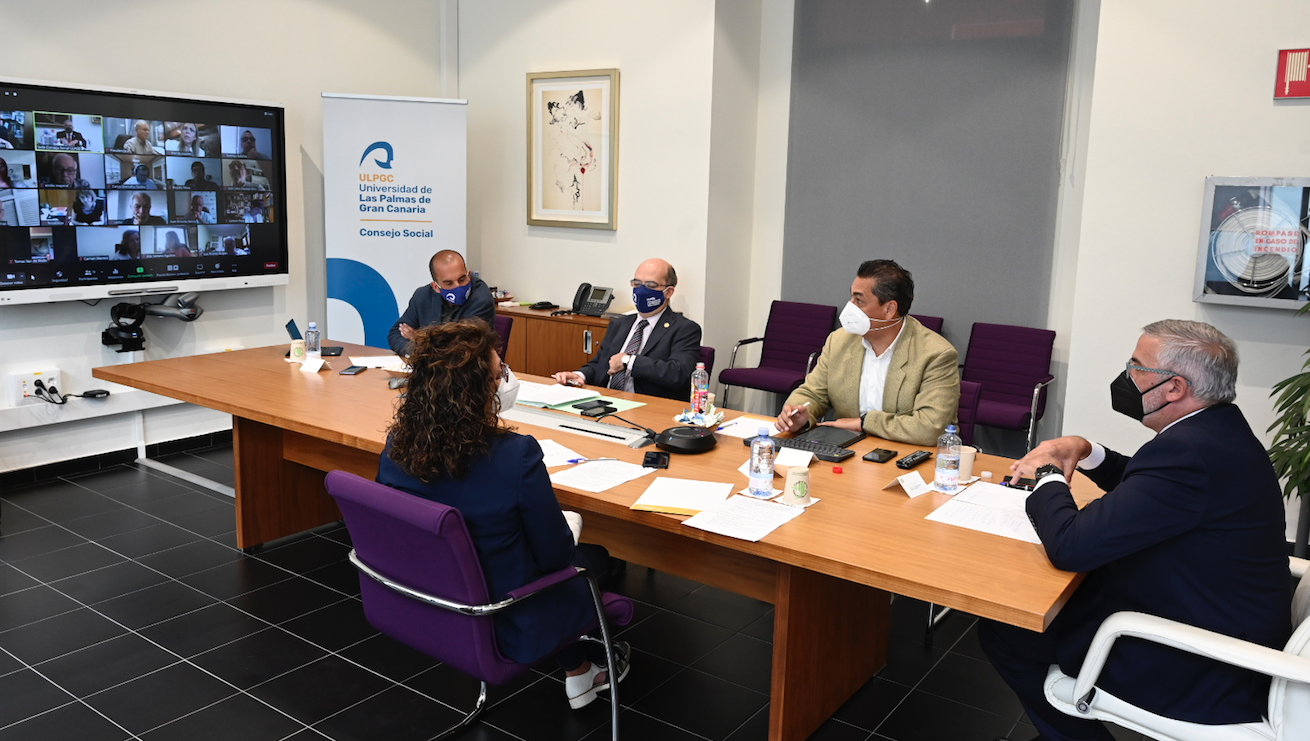 The Vice-rector for Students, Alumni, and Employability, David Sánchez, emphasised during a Social Council plenary that, of all undergraduate and master’s students at the ULPGC during the 2019-20 academic year only 57 left the university having exhausted the seventh available extraordinary exam session.

This report also highlighted how a total of 549 students, 3.28% of those enrolled at the ULPGC, applied for a seventh extraordinary exam session and that 1,809 subjects did not meet the success rate established in the ULPGC Regulations for Academic Progression and the Right to Continue Studying. For this reason, the chairman of the Social Council, Jesús León Lima, reiterated the importance of “reviewing” the reasons for subjects having a low success rate and especially of analysing the graduation rate of ULPGC students. “Our goal with the application of the Regulations for Academic Progression and the Right to Continue Studying is that, with the support of the University, ULPGC students graduate four years after beginning their studies. To this end we will work on different options with the new Vice-rector of Students, Alumni, and Employability in order to increase the success rate in many of the university’s subjects”.

In addition, in his report to the plenary, the chairman of the Social Council, Jesús León, expressed his worry and concern regarding the plan for current and future qualifications in the Canary Islands, asking the ULPGC rectoral team to work alongside the Social Council in order to analyse and evaluate those qualifications which should cover the strategic needs of the archipelago. “It has sometimes been noted that some qualifications are established with no thought about the general public and it would be interesting to carry out a joint assessment in order to put forward an updated qualifications plan which is adapted to the needs expressed by the archipelago’s social and economic stakeholders”. The rector of the ULPGC, Lluís Serra, joined the discussion stating that this is one of the main objectives of his mandate and, in turn, that the ULPGC has already begun to tackle this issue with the University of La Laguna in meetings recently held by the two rectoral teams.

Furthermore, in line with this concern, the Social Council plenary has approved the creation of a new Academic Affairs Committee [Comisión de Asuntos Académicos] with the aim of evaluating and reporting on the creation, modification or removal of centres, qualifications and official ULPGC courses.

The ULPGC director, Roberto Moreno, explained to the plenary the work conducted during his first three months at the helm of managing this academic institution, focusing on three key areas. He focused primarily on the formal creation, in May, of the Forum for the Development and Monitoring of Measures for Improvement [Foro para la Formulación y Seguimiento de las Acciones de Mejora ] in the context of ULPGC administrative services and departments. “The aim is to contribute to meeting the principles of efficiency, efficacy and economy in the ULPGC administrative services and departments in order to correctly plan and monitor the actions to be undertaken by the ULPGC during the coming years”.

Roberto Moreno also reported that several ULPGC lecturers have been tasked with a study on the structure of ULPGC human resources, which has been started and “which will serve as a strong base for the creation of a new document stipulating information concerning jobs within the university [Relación de Puestos de Trabajo] which we aim to submit at the end of the year”. Finally, the director reported to the plenary that the governing board has already approved the ULPGC 2020 Annual Accounts and that they have also been submitted to the Social Council for review, emphasising that “despite the huge effort it required from the new governing team which began work only three months ago” this is the first time that the ULPGC has presented Annual Accounts with such a high degree of transparency.