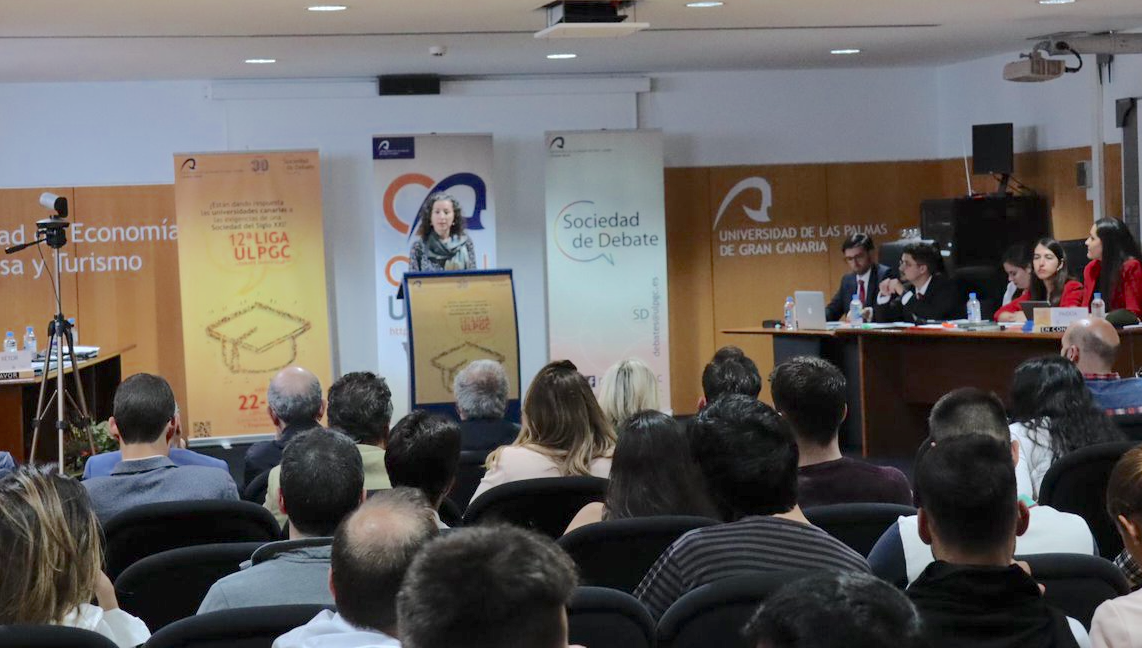 This new edition will be held between 10th and 13th December in the Economic and Business Studies building around a new topical issue: Is the fight against gender based-violence a priority for Spanish society?

A total of eight teams of university students have registered for the new edition of the ULPGC University Debate League, which takes place between 10th and 13th December 2019 in the Economic and Business Studies building’s auditorium (Tafira Campus).

There will be 32 university students taking part in various debates, which are open to the public for free, over the four days of this league. The aim of this new edition is to argue for and against a new topical issue: Is the fight against gender based-violence a priority for Spanish society?

Among the eight teams which will compete in this 13th edition is a team from the Universidad Fernando Pessoa Canarias, Escipión, which will join the other teams formed by ULPGC students. These teams are all made up of students from different courses: law, business administration and management, master’s in oceanography, psychology, economics, social workm, etc.

The teams participating this year are: ‘Casiopea’, ‘Dixi’, ‘Elocuencia’, ‘Escipión’, ‘Ley, orden y justicia’, ‘Ministerio’, ‘Pavia’ and ‘Sin fronteras’. The majority of the ULPGC students making up these teams have participated in the different public speaking workshops organised by the ULPGC Debate Society.

The ULPGC University Debate League is one of the activities organised by the ULPGC Debate Society and is an initiative which the Social Council began over ten years ago. The main aim of the league is to promote dialogue and public debate among university students, with the aim of promoting the development of speaking, dialectic and debating skills, along with critical thinking. These skills have become the cornerstones and overarching themes of the academic education received by students.

The 13th edition will be held between 10th and 13th December. On the first three days, for the classification and quarter-final rounds, the debates will take place in the afternoon. On 13th December, the semi-final and final will be held from 16:00.

Each team will have prior knowledge of the position they are to defend in the debate, which is decided by a draw. During the league the judges will be able to evaluate different aspects of the debates such as the personal skills of each team, rigorous research and its analysis and interpretation, the oral expression of each participant, and teamwork.