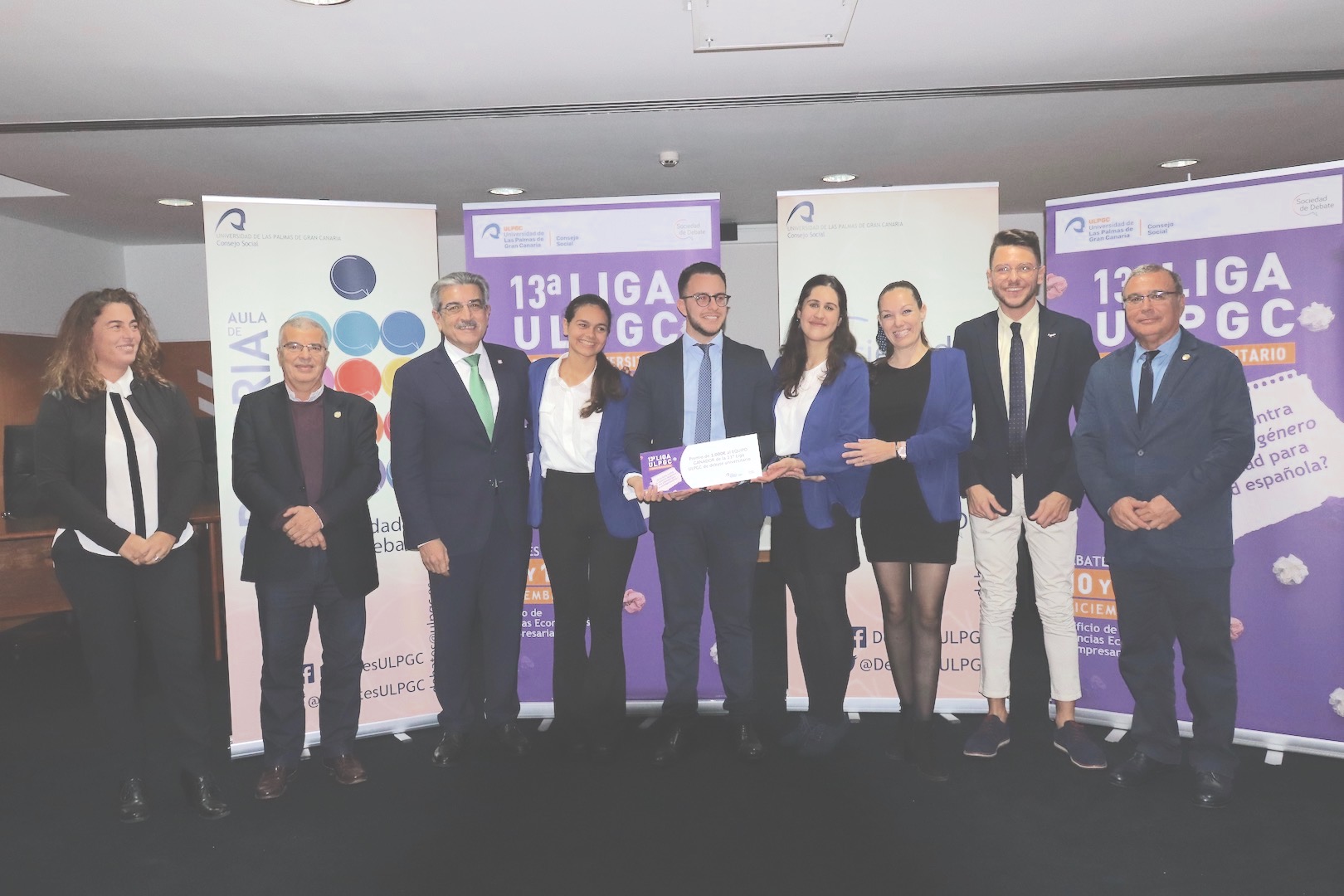 Team Casiopea was crowned winner of the 13th ULPGC Debate League, an initiative which falls under the authority of the Social Council and is organised by the ULPGC Debate Society. Casiopea took victory after facing team Pavia in a close final held in the Economics and Business Studies building’s auditorium.

Team Casiopea was made up of third year undergraduate law students: Ana María Doreste, Lucía Tejera, Ismael Hernández and Anabel Ojeda, captained by José Bruno Ramírez. They emerged as winners after four intense days of debates between eight teams of university students and having topped the semi-final and final which took place last Friday. Raquel Pérez, a finalist with Pavia, was awarded “Best Speaker” for this edition of the league.

The chairman of the ULPGC Social Council, Jesús León Lima, and the ULPGC vice-rector for students and sport, Antonio Ramos Gordillo, attended this edition of the league and were present for the final. They were accompanied for the grand final by the vice-president of the Canary Island government, Román Rodríguez, and the deputy regional minister for social rights, Gemma Martínez, whose presence was the result of the new areas of collaboration which the regional ministry has established with the Social Council and as a result of which the topical issue put forward for debate was “Is the fight against gender-based violence a priority for Spanish Society?”.

There were 32 students from the ULPGC and the Universidad Fernando Pessoa who took part in this new edition of the league, an initiative launched by the ULPGC Social Council and which is part of the university’s Debate Society. The main aim of the league is to promote dialogue and public debate among university students on the basis of team work to carry out research and analysis surrounding the issue for debate.

The final aim of this initiative, which is already in its 13th year and a great success in terms of participation, is to promote among students the art of public speaking, dialectics and debating, along with critical thinking. These have all become cornerstones of a university academic education. For these reasons and with this experience, the ULPGC Social Council launched the ULPGC Debate Society two years ago. The league is part of this society, as is the Public Speaking Workshop, which offers workshops on strategies for encouraging teamwork, research, debating tactics and verbal communication practice.