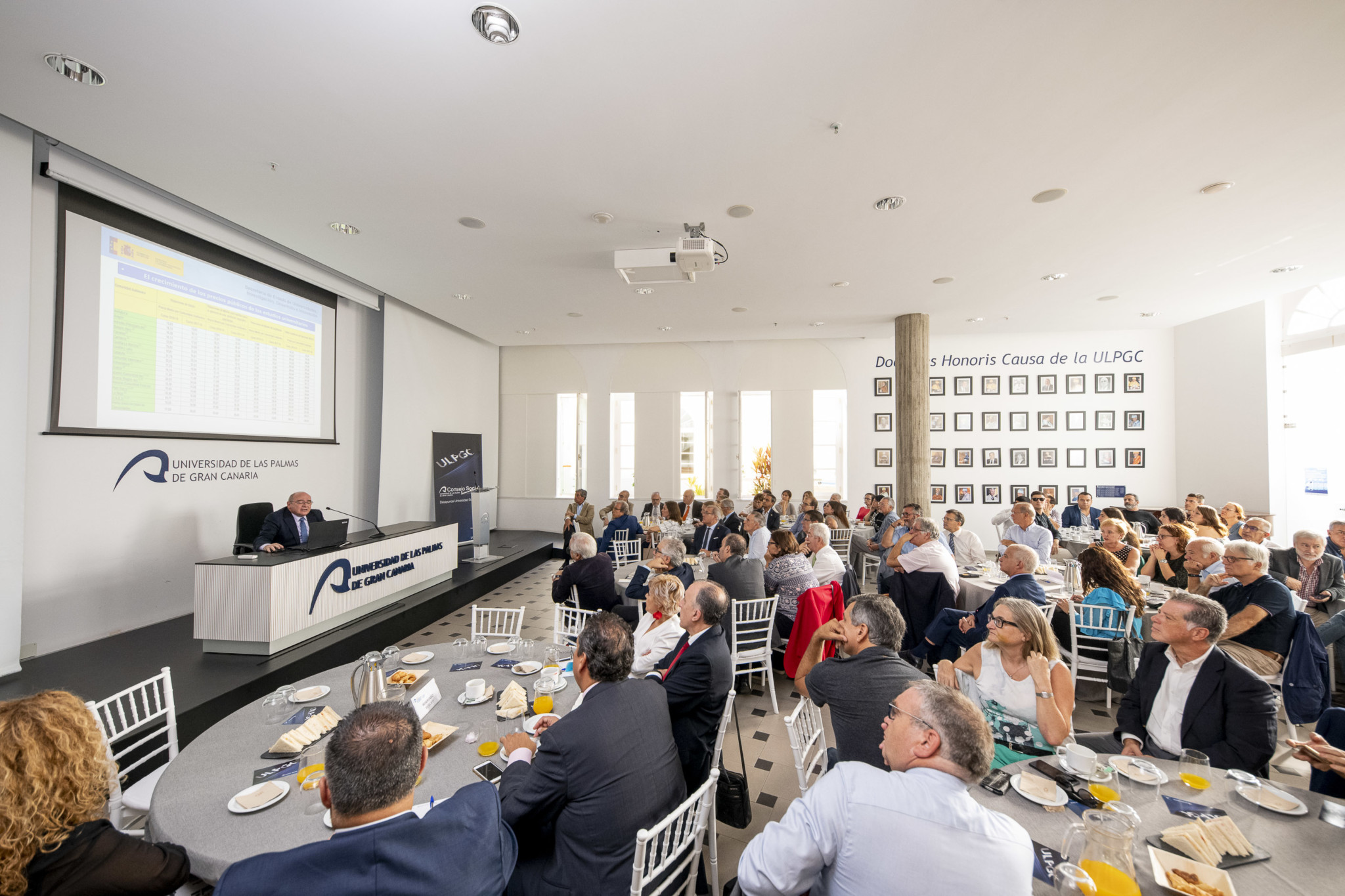 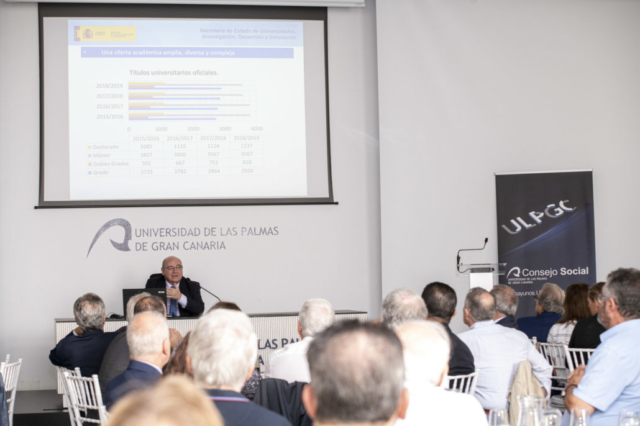 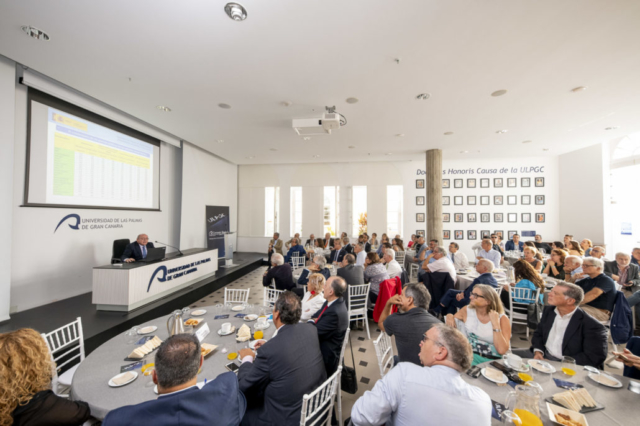 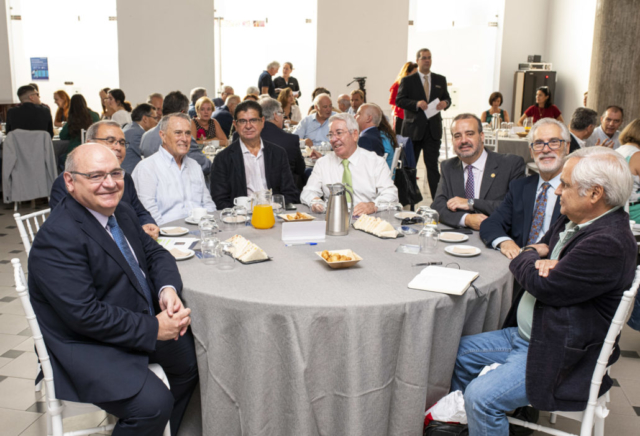 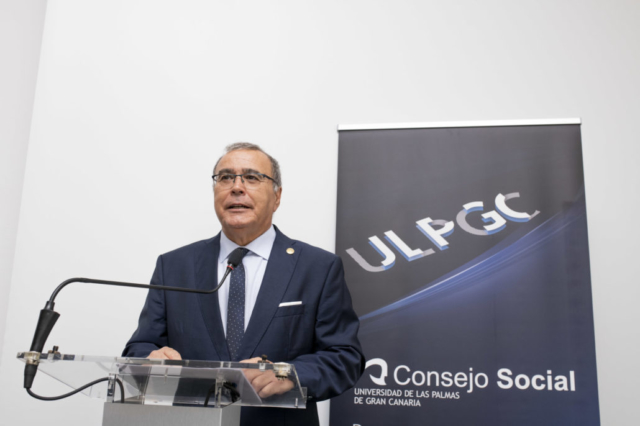 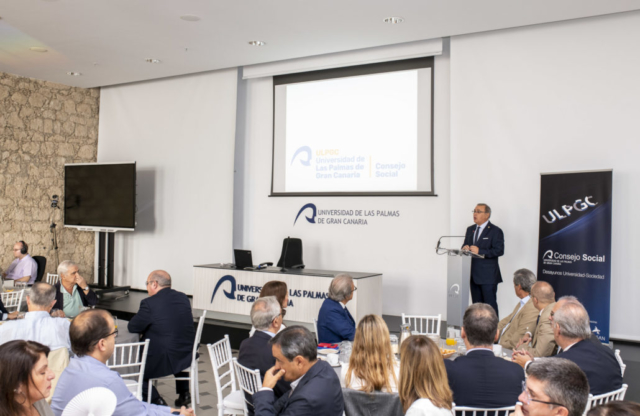 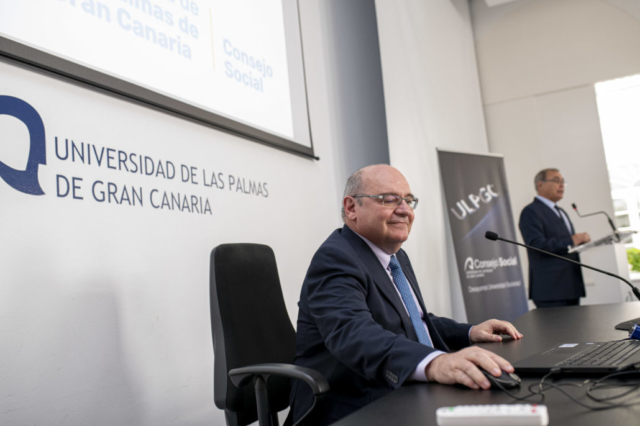 José Manuel Pingarrón, the Secretary General of Universities for the Ministry for Science, Innovation and Universities, took part in the fourth edition of the Breakfast Lectures which the ULPGC Social Council organises annually.

José Manuel Pingarrón, Secretary General of Universities for the Ministry for Science, Innovation and Universities, spoke in the University of Las Palmas’ Aula de Piedra of the need to “promote Spanish universities and their three purposes – the creation and dissemination of knowledge and the communication of this knowledge to society – through joint research undertaken by universities and businesses”.

Pingarrón gave a lecture as part of the Breakfast Lectures initiative organised annually by the ULPGC Social Council and, along the lines of that mentioned above, highlighted the three significant challenges which a new Spanish University Systems Act must confront. These are: the strengthening of the university system’s accountability mechanisms, not only for financial matters, but also concerning teaching, research, and services; establishing funding mechanisms which allow universities strategic independence; and “reformulating their governance systems”, ensuring a balance which allows university governing bodies to have the executive powers required to function, while also focusing on the strategic decisions made by society. “It is here that the role of Social Councils within Spanish universities is very important”.

The Secretary General of Universities recognised the strengths of Spanish universities, noting that “we are one of the countries with the highest level of equality in terms of university access”, with “internationally accredited centres and programmes, the quality of which has been verified”. He highlighted that “universities are a powerful tool for the advancement of society”.

In contrast, he signalled that change is necessary concerning “reduced funding (with a 20% decrease over a decade), inefficient governance inherited from the time of the political transition, the cumbersome red tape within management and the necessary revitalisation of the workforce, along with other areas which need to be addressed”.

For his part, the chairman of the Social Council, Jesús León, spoke of the “urgent need for reforms to Spanish universities, in line with those which have been implemented in the most advanced European countries”. Along these lines, Jesús León talked of “redefining” the two main pillars which should determine and underpin university activity: governance systems and funding models. “Structural reforms to Spanish universities cannot wait any longer”, he noted. “Without them we will run a serious risk, as a country, of becoming increasingly distanced from European and global standards and that, consequently, the building of our human capital will be damaged in the medium and long term”.

This is a social and cultural initiative from the ULPGC Social Council which is in its fourth consecutive year. It aims to welcome renowned experts from the national and international university sphere to address the role and aims of Spanish higher education institutions and to strengthen their position and presence within society.