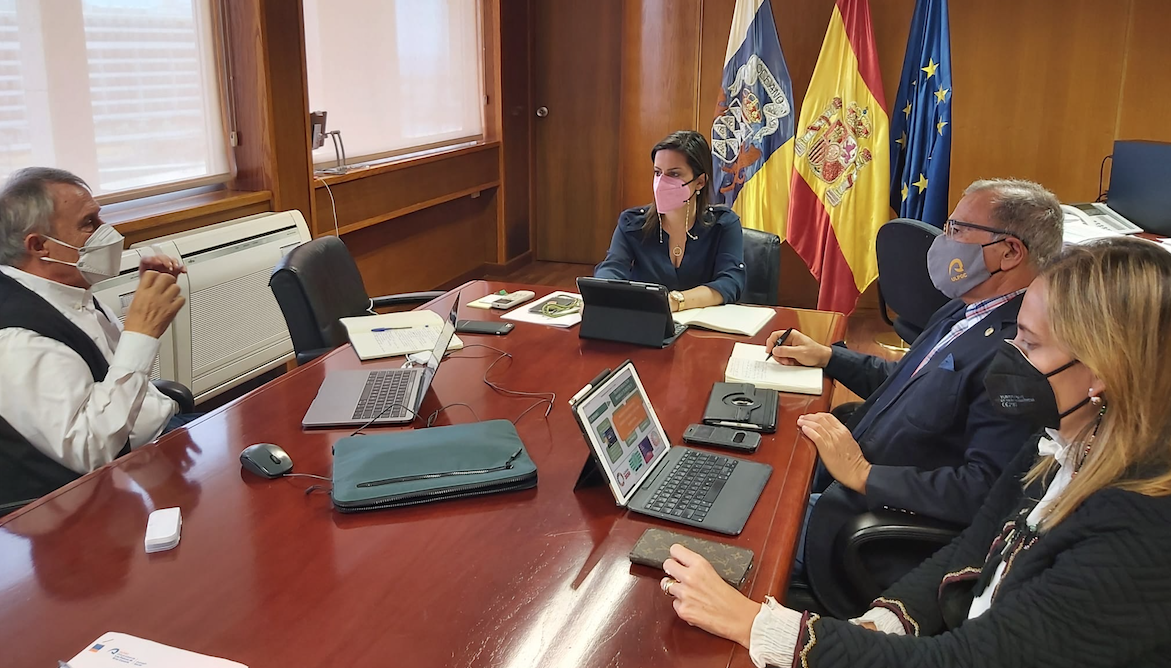 The Canary Island government’s regional minister for tourism met with the Social Council’s chairman and vice chairman, Jesús León and Ana Suárez, as well as Francisco Rubio, the initiative’s coordinator.

The regional minister explained that, through Promotur [the Canary Island tourist board], the Canary Island government has identified the aim of “new customer segments who stay longer and are less reliant on connectivity, as is the case of silver tourism”.

Yaiza Castilla Herrera met with the chairman and vice chairman of the ULPGC Social Council, Jesús León and Ana Suárez, who explained the proposals put forward by Canarias Importa. Among its conclusions, Canarias Importa highlights the tourism sector as a driving force for the strengthening of the Canary Island economy following the crisis caused by the pandemic. Francisco Rubio Royo, honorary rector of the ULPGC and coordinator of the initiative, was responsible for presenting the project, his remarks focusing on the proposals relating to the tourism sector which have been created by 10 experts and more than 50 contributors and which will act as a driving force for the other sectors of the economy.

After presenting the general features of Canarias Importa, Rubio Royo described the pilot project based on a new model of smart and updated tourism, which will simultaneously act as a long-stay micro destination for seniors and as a laboratory-school. “It is about making everything we do exportable to other parts of the world, because the Canary Islands could be a benchmark for this shift to smart and updated tourism”. Rubio Royo indicated that the proposals included in the pilot project are in line with the Canarias Destino strategy designed by the Canary Island government’s Regional Ministry for Tourism, Industry and Trade.

For her part the regional minister explained that, through Promotur, the Canary Island government has, in line with the Canarias Importa proposals, identified the aim of “new customer segments who stay longer and are less reliant on connectivity, as is the case of silver tourism”.

After finding out about the Canarias Importa initiative, the regional minister expressed her satisfaction with the project, “which is very exciting and opens new channels for the development of the tourism we wish for, for which reason the regional ministry makes itself fully available for collaborative work”.