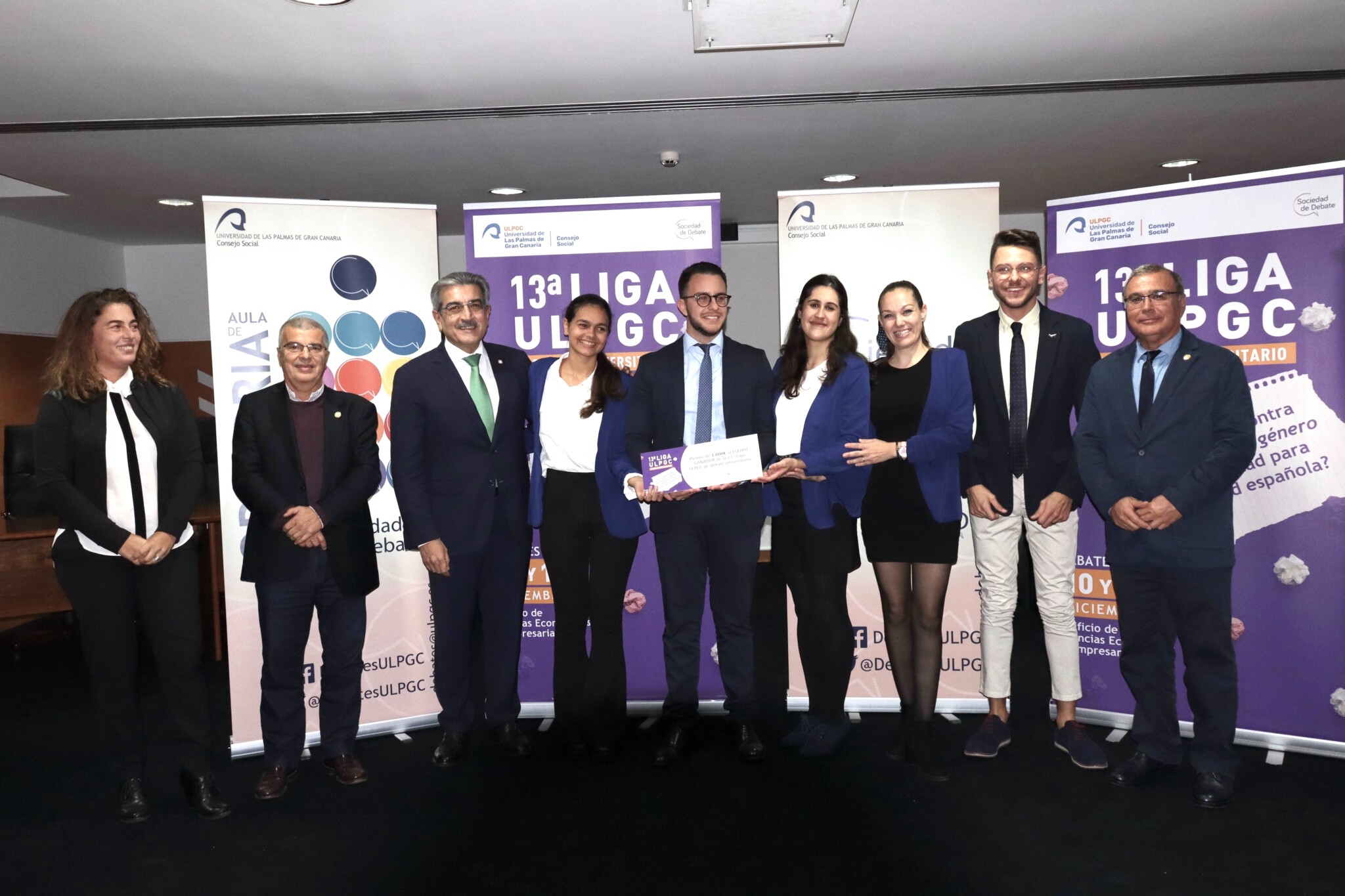 The undergraduate law students compete in the first round of the national tournament on Friday, 26th February. Two other ULPGC students will also compete, from 27th February, in the Talents Round of the Spanish University Debate League (LEDU).

Thanks to the support of the ULPGC Social Council, the ULPGC’s Team Casiopea, winner of the 13th ULPGC Debate League, takes part in the prestigious Córdoba Debate Club National Tournament conducted online due to the pandemic from Friday, 26th February. The ULPGC team – which is made up of undergraduate law students Ana María Doreste, Lucía Tejera, Ismael Hernández, and Anabel Ojeda and lead by their captain José Bruno Ramírez – will compete from the ULPGC Social Council’s Meeting Room (in the ULPGC institutional headquarters) from 15:30.

In this new edition of the National Tournament, on 26th, 27th and 28th February, the debate topic put forward to participants deals once again with a very topical issue: “In Spain, is the separation of powers effective?” A total of 20 university teams will face each other in debate during the first four rounds of the tournament of Friday and Saturday. The semi-finals and final will take place on Saturday 27th February.

The LEDU Talents Round

Also held on Saturday 27th February, from 11:00, is the first round of the Spanish University Debate League (LEDU) Talents Round. This includes the participation of ULPGC students Ada Santana, from the undergraduate law degree, and Raquel Pérez, from the joint business administration and management and law degree, and will be held remotely in a round-robin format until May. The debate topic is the following: “Does Europe have what is required to lead in the digital sphere ahead of other powers?”

A total of 60 teams from 26 Spanish universities will take part in the LEDU Talents Round, with the best four teams directly qualifying for the LEDU Final Round, which is expected to be held in person.

The Social Council is the driving force behind this educational initiative within the ULPGC, the aim of promoting among students the art of speaking, reasoning and debating, along with critical thinking. These have all become cornerstones of a university academic education.