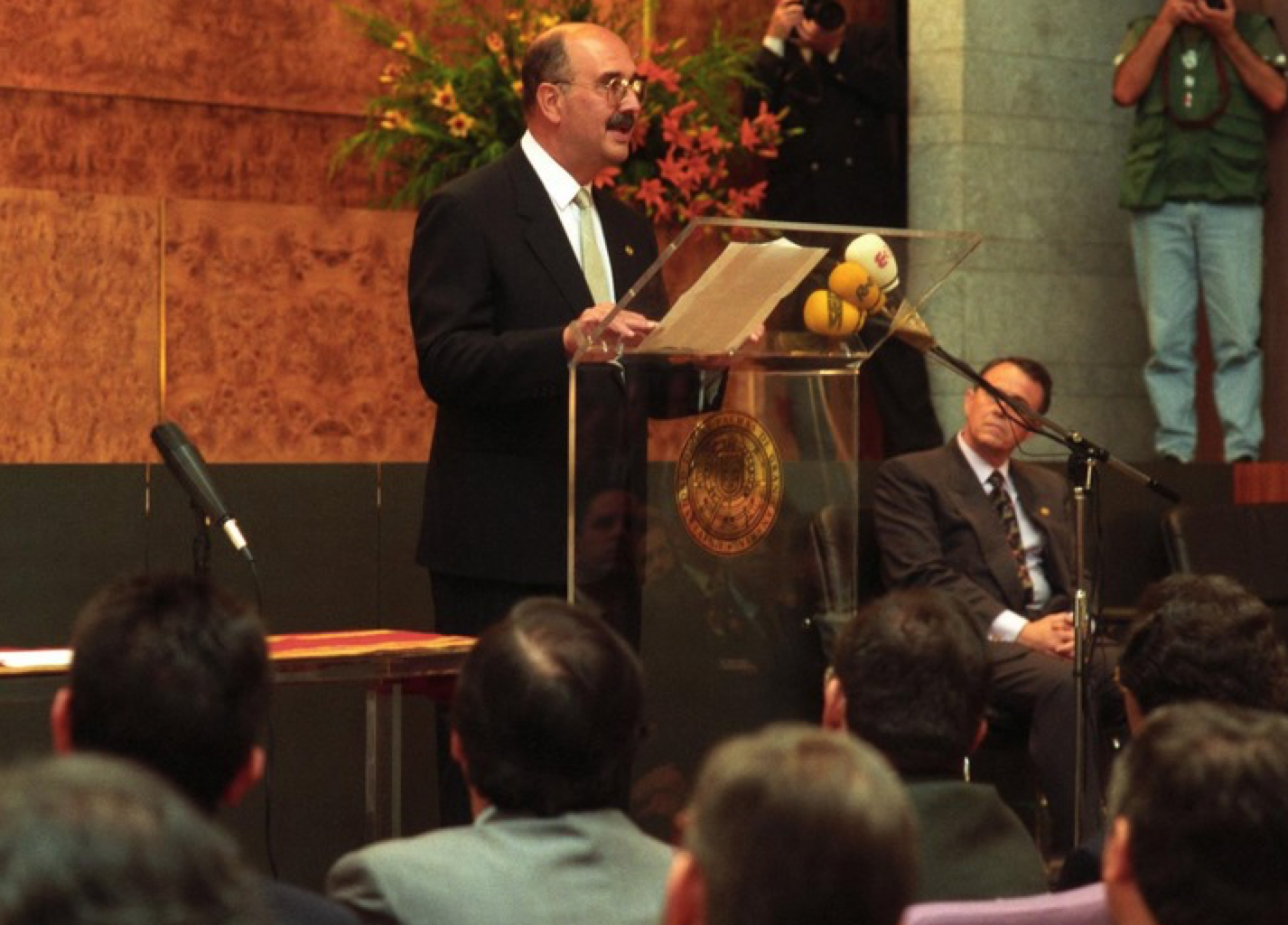 Awarded the Medalla de la ULPGC [ULPGC Medal] during the Regidor García’s mandate as rector, he held the post of chairman of the ULPGC Social Council between 1994 and 1998.

The University of Las Palmas de Gran Canaria’s Social Council deeply mourns the passing of entrepreneur Lizardo Martell Cárdenes, who was chairman of this governing body between 1994 and 1998. The recently appointed chairman of the Council, Ángel Tristán, believes “Lizardo was one of those men who define an era. I have been greatly saddened by his death. I had the opportunity to know him well since the beginning of the 80s and he was a fountain of knowledge and wisdom. He was resolute yet conciliatory, careful and a visionary, tenacious and a good strategist. I had the honour of being his vice-chairman for almost three years and it left a profound mark on me. His business training and strategic vision were key in supporting the rector, Rubio Royo, and in undertaking a task which seemed impossible: to build a forward thinking university from almost nothing. The ULPGC owes him a debt from long before its creation. At all times he helped the University, offering his successors wise advice and good ideas”.

On 3rd February 1994 Lizardo Martell, at that time a representative of the Canary Island government within the Social Council, was appointed by the entity’s plenary, thus becoming the ULPGC Social Council’s third chairman. His time in office was characterised by support for the rector, Rubio Royo, regarding the consolidation and expansion of the Tafira University Campus at a time defined by a large increase in the number of students at the University. Neither can we forget his determined support for the relocation of the Veterinary School to the Montaña Cardones Campus (Arucas), prioritising the investment set out in the Canary Island University Plan [Plan Universitario de Canarias] for the construction of the buildings which housed the school there. Moreover, his mandate was characterised by excellent relationships with the rectoral team lead by Rubio Royo, as rector, with whom he cooperated very closely, supporting the presence of the ULPGC on each of the Canary Islands, among other issues. In this way, he and the rector promoted agreements with the Island Council of each island. This fostered lifelong learning programmes through ULPGC-specific postgraduate qualifications. Lizardo Martell concluded his term at the head of the ULPGC Social Council on 27th March 1998, passing the role onto Domingo Bello Cabrera, who himself passed away in 2019.

During the 2009-2010 academic year he was presented the Medalla de la ULPGC by the rector, Regidor García, it having been awarded by the University’s governing board during their meeting on 13th July 2009.

We at the Social Council join our voice to the condolences sent to his family.

Main picture: His inauguration as chairman of the ULPGC Social Council in April 1994.

Bottom: A photograph of Lizardo Martell at the ULPGC Social Council headquarters in 2011.