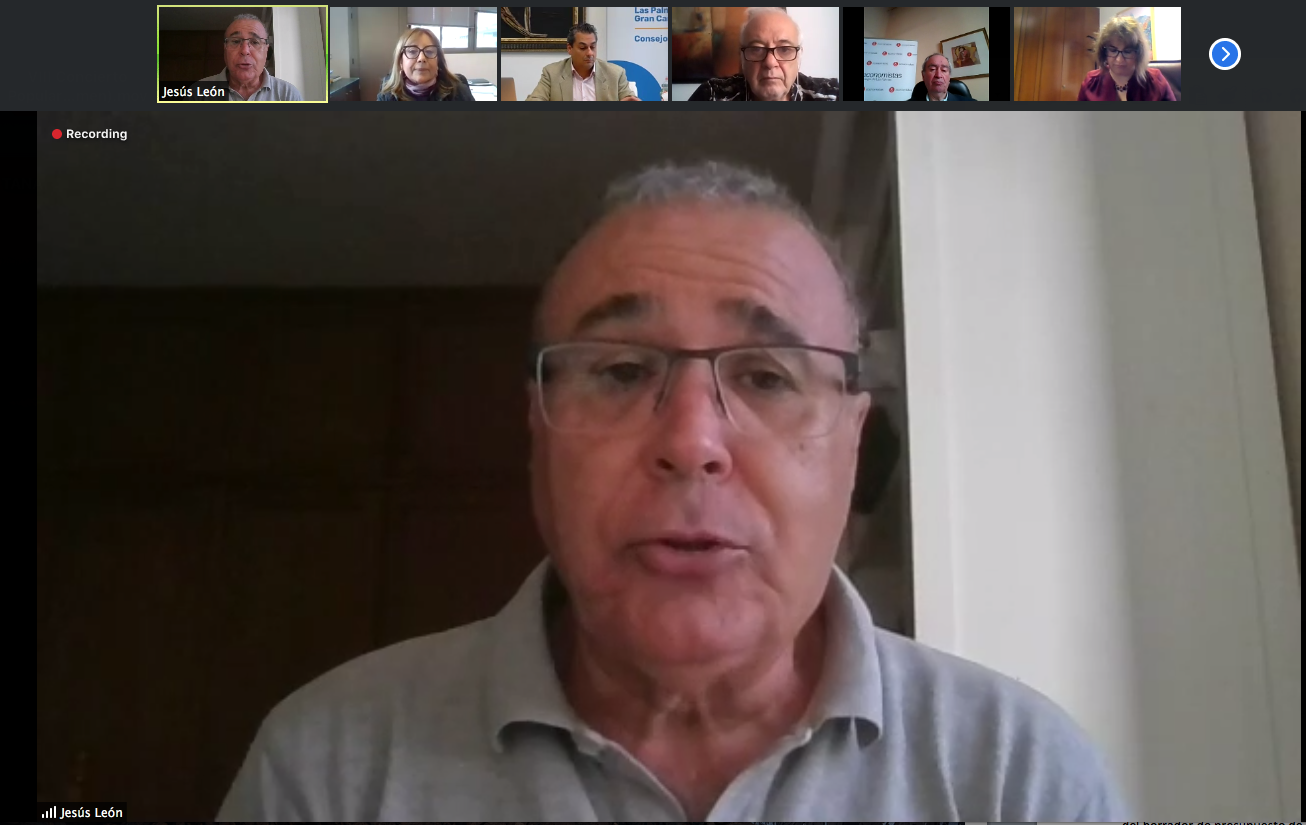 During the same plenary session, the Social Council secretary set out the Social Council’s own Budget and Action Plan, which with a slight reduction of 0.13% compared to 2020 is 509,119.96 euros for 2021.
The University of Las Palmas de Gran Canaria’s Social Council approved the draft ULPGC 2021 budget which was presented by the institution’s director, Eulalia Gil, and which amounts to 150.61 million euros, a 2.22% decrease compared to this year’s 2020 budget.

The director explained to the Social Council plenary that a significant change is being seen in the Canary Island government’s revenue, with a decrease of more than 1.5 million euros compared to 2020. In addition, there has also been a significant reduction of more than 2.8 million euros to funding earmarked for the Vice-Rectorate for International Relations and Cooperation.

Regarding the total planned expenditure for the ULPGC during the 2021 financial year, the director explained that 39.76% of the budget will be allocated to the ULPGC Services and Man-agement programme, 35.03% to teaching, 23.03% to research, and 1.84% and 0.34% to Social Impact and Social Participation respectively.
Specifically, among the main items will be 108.25 million euros allocated to staff costs, 21.24 million to services and current assets, and 16.30 million to real investments in university centres and campuses.

Director Eulalia Gil reported that, with regard to the ULPGC dependent entities, 9.7 million in operating income is expected to be generated in 2021 by the Parque Científico y Tecnológico de la ULPGC, the RIC ULPGC company, the TIC ULPGC company, and the Fundación Canaria Lucio de las Casas.

The chairman, Jesús León Lima, highlighted the effort undertaken by the different units of the ULPGC, specifically the Internal Monitoring Department and the Council’s secretary, with the aim of making all relevant reports available for revision and approval prior to finalising the draft ULPGC 2021 budget before the end of the year. Along the same lines, he also commented that “it will be necessary to conduct ongoing evaluation of the implementation of the budget, given that this will be an uncertain year in which we will have to overcome the obstacles which arise as a result of the health and economic crisis we are experiencing”.

On the agenda for this final Social Council plenary of the year was also the approval of the Social Council’s own 2021 Budget and Action plan, which amounts to 509.81 thousand euros and has seen a slight reduction of 0.13% compared to 2020. The amount assigned from the Canary Island regional government is 325,000 euros and the ULPGC resources earmarked for this body amount to 184,199.96 euros.

Among the planned and priority actions for this new year, the Social Council secretary, Miguel Ángel Acosta, highlighted the creation and launch of a working group to define the Council’s areas of work for the next three years and for which funding of 90,000 euros is expected to be allocated in 2021.

The chairman of the Social Council, Jesús León Lima, explained that the organisation’s 2021 budgets “are more general, taking into account the current situation, which will allow us to be more flexible and develop concrete actions from the moment we are certain of being able to execute them”.

Accordingly, in his report to the plenary Jesús León underlined that, with the aim of reducing the existing digital divide among students and to facilitate distance teaching as a result of the current health crisis, the Social Council has promoted financial aid for students to enable IT equipment to be purchased. The Social Council will earmark 40,000 euros for this, ahead of the launch of the ULPGC Vice-Rectorate for Students and Sport’s call for applications on 30th December.

The chairman of the Social Council laid out that “36,000 euros will be earmarked for financial aid with a maximum amount of 350 euros for the purchase of a computer or 150 euros for a tablet. The remaining 4,000 euros will cover the costs of ensuring sufficient connectivity or the purchase of webcams, microphones, signal boosters or similar as required for online teaching”. Likewise, he stated that 15,000 euros worth of IT equipment has been placed at the disposal of ULPGC management with the aim of facilitating and enabling administrative and services staff to work remotely, as requested during the previous plenary session by Santiago Bolaños, the repre-sentative for administrative and services staff in the Social Council.

In his report to the plenary Jesús León Lima also made reference to his recent visit to the presi-dent of the Canary Islands Parliament, to whom he presented the document which outlines the proposals of the group of experts bought together by the ‘Canarias Importa’ initiative. This initiative is advocated by the Social Council and includes a group of ULPGC researchers and external contributors in order to design a new economic and social model for the Canary Islands following the pandemic.

Gustavo Matos congratulated and thanked the ULPGC Social Council for having led this initiative, “which all MPs and parliamentary groups should be familiar with in order for it to become a permanent roadmap for the contribution of ideas concerning the immediate future that we must face”. Similarly, Jesús León told the plenary of a planned meeting between the president of the Canary Islands, representatives of the Island Councils, and the social and economic institutions of the Canary Islands which are interested in this new proposed change to the production model of the islands.

Likewise, the rector of the ULPGC expressed his condolences for the death of Manuela Ronquillo, lecturer in historical sciences, José Antonio Samper, ULPGC lecturer in Spanish philology, and Gregori Salvador Caja, honorary doctor of the ULL and member of the RAE.