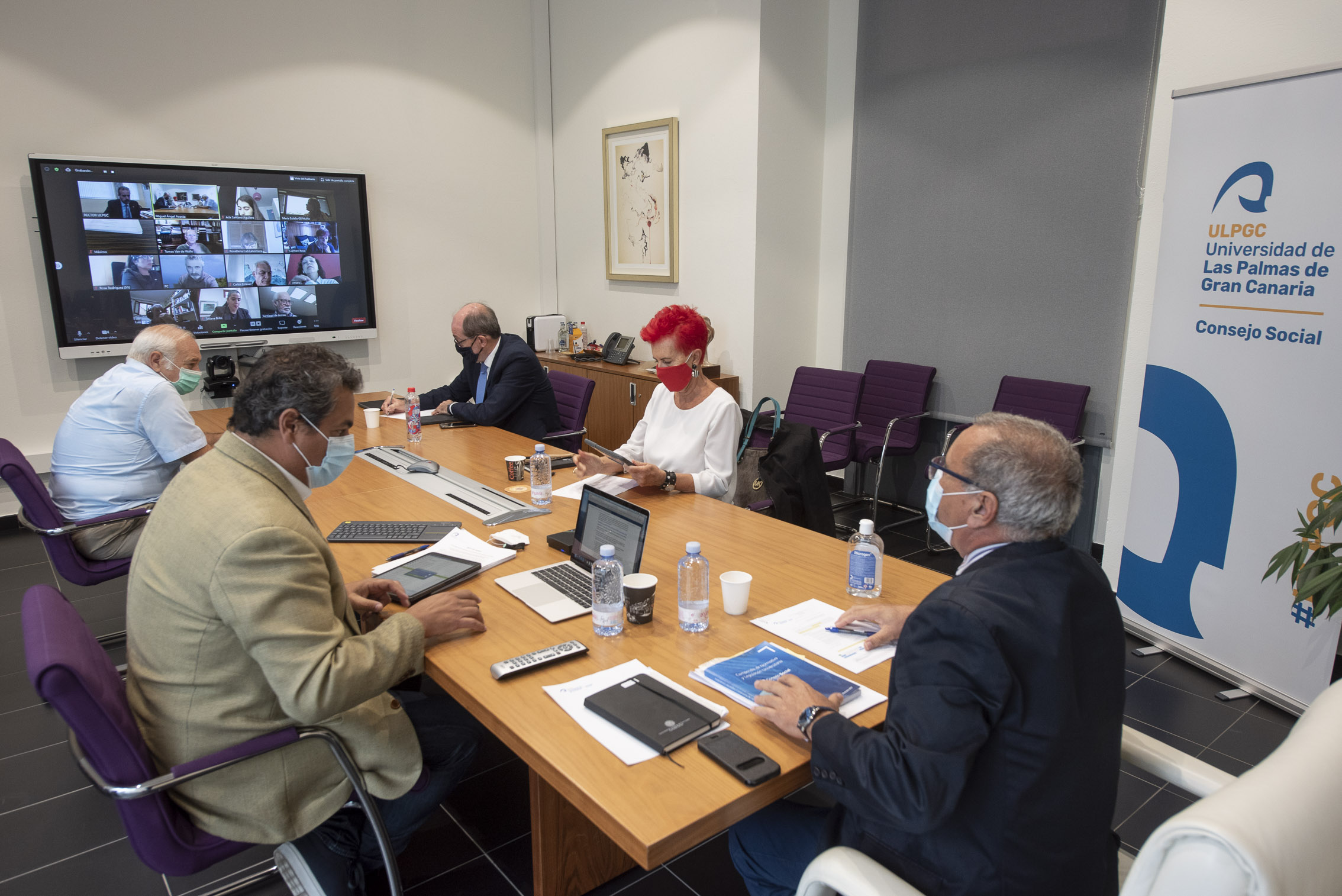 The accounts show that the ULPGC requires 199,286.81 euros in funding in ESA (European System of Accounts) terms.

During the extraordinary plenary session held today the Social Council approved the ULPGC 2019 Annual Accounts, which show a non-financial budget balance of -667.95 thousand euros in ESA (European System of Accounts) terms and an adjusted budget balance of a surplus of 6.8 million. Likewise, the accounts show that the ULPGC requires 199,286.81 euros in funding in ESA terms.

The Social Council recognises the effort made by the Canary Island Ministry for Education, Universities, Culture and Sport and its sensitivity towards maintaining a framework for current transfers to Canary Island universities “within a setting which still has not recovered from the crisis which began in 2008”. They are also requesting from the Canary Island government a stable financing framework promoting competition, internationalisation and the exchange of R+D+i, which implements target-based funding mechanisms.

The chairman of the Social Council, Jesús León Lima, also explained to the plenary that the 2019 Annual Accounts presented to them today (Tuesday) are not those which the University’s governing board approved last July. The reason for this is that the ULPGC Internal Monitoring Department and the Social Council’s Planning and Economic Affairs Committee identified various miscalculations in these accounts which the ULPGC management corrected on 25th September, eventually presenting the Social Council with updated accounts.

The appointment of new members during the plenary

Lastly, today’s plenary approved the granting of 173,000 euros in additional loans, financed by reducing other loans, in order to deal with the unexpected expenses which the institution has faced as a result of the health crisis.

About the Social Council

The University of Las Palmas de Gran Canaria’s Social Council is society’s participatory body within the University, which acts as an interface between society and the University with the aim of ensuring a suitable connection between academic and research pursuits, and the intellectual, cultural, societal, scientific, economic, and employment needs of the Canary Islands.