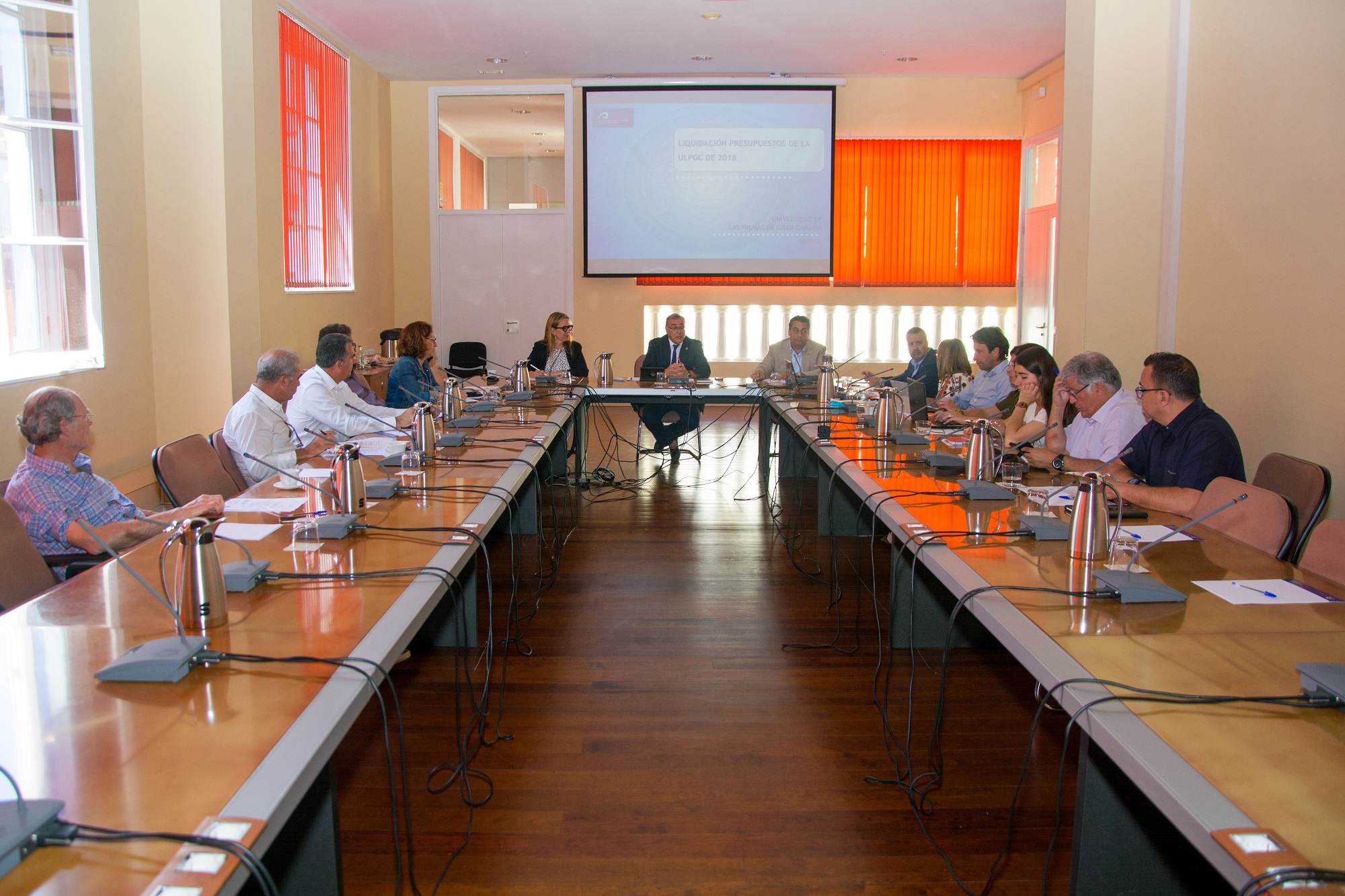 The Plenary highlighted “the exercise in transparency and accountability” carried out, for another year, by the ULPGC. It also confirmed that the institution “remains financially healthy” for the 14th consecutive year.

During an extraordinary meeting held today, 18th June, the Plenary approved the 2018 annual accounts. These accounts had previously been audited by the ULPGC Internal Monitoring Department, which falls under the authority of the Social Council. The director of the ULPGC, Eulalia Gil, explained to the members of the plenary that in 2018 the budget for the ULPGC and its associated businesses and foundations amounted to 173.26 million euros.

The director highlighted the following as key areas of the 2018 annual accounts. The ULPGC’s adherence to the principle of budgetary stability in accordance with the established regulations, and the academic institution’s suitable level of financial health, with a positive remnant of treasury of 28.9 million euros freely available at the close of 2018.

The Plenary highlighted “the exercise in transparency and accountability” carried out by the ULPGC for another year, through submitting its annual accounts and the verification “of the progress made by the ULPGC management team with regards to the various improvements implemented around economic management and accountability, as a result of the reports conducted by the Internal Monitoring Department and the initiatives embarked upon by the institution’s management”. In this way, the Social Council has corroborated that, for the 14th consecutive year, the ULPGC “remains financially healthy”, highlighting the surplus valued at 5.19 million euros in 2018, a figure almost double that of 2017, which amounted to 2.8 million euros.

Alongside other remarks, the Social Council indicated to the ULPGC management that the institution should prioritise the implementation of an economic and financial plan, with the aim of responding to the demands for accountability set out in the General Public Chart of Accounts. Moreover, it was requested during the plenary session that the ULPGC apply measures to facilitate an increased control over their material fixed assets, “with the aim of more accurately understanding the book value of the goods in its name”.

Approval of the Social Council’s 2018 payments

The Plenary also unanimously approved the settlement of the Social Council’s 2018 budget. The Social Council’s secretary general, Miguel Ángel Acosta, reported that the final budget of this university organisation in 2018 amounted to 491,932 euros with a 94.75% degree of implementation during this financial year.

The secretary highlighted for the Plenary some of the initiatives undertaken in 2018 as the main lines of approach concerning the Social Council’s budget, emphasising those carried out by the Internal Monitoring Department with regards to auditing. Furthermore, the first subsidies were awarded in relation to the ULPGC’s Friends and Benefactors Programme, the ULPGC Mentor Scheme was continued in order to help students with difficulties in certain subjects, and the new ULPGC Barometer Survey was published, on this occasion in order to discover the opinion of the teaching and research staff regarding the institution.

Finally, alongside other items on the agenda, the Social Council approved the termination of the double degree in computer engineering and business administration and management which, as the rector of the ULPGC explained, is “primarily linked to the renovation and modification of the educational programme relating to one of the qualifications which make up this double degree”.