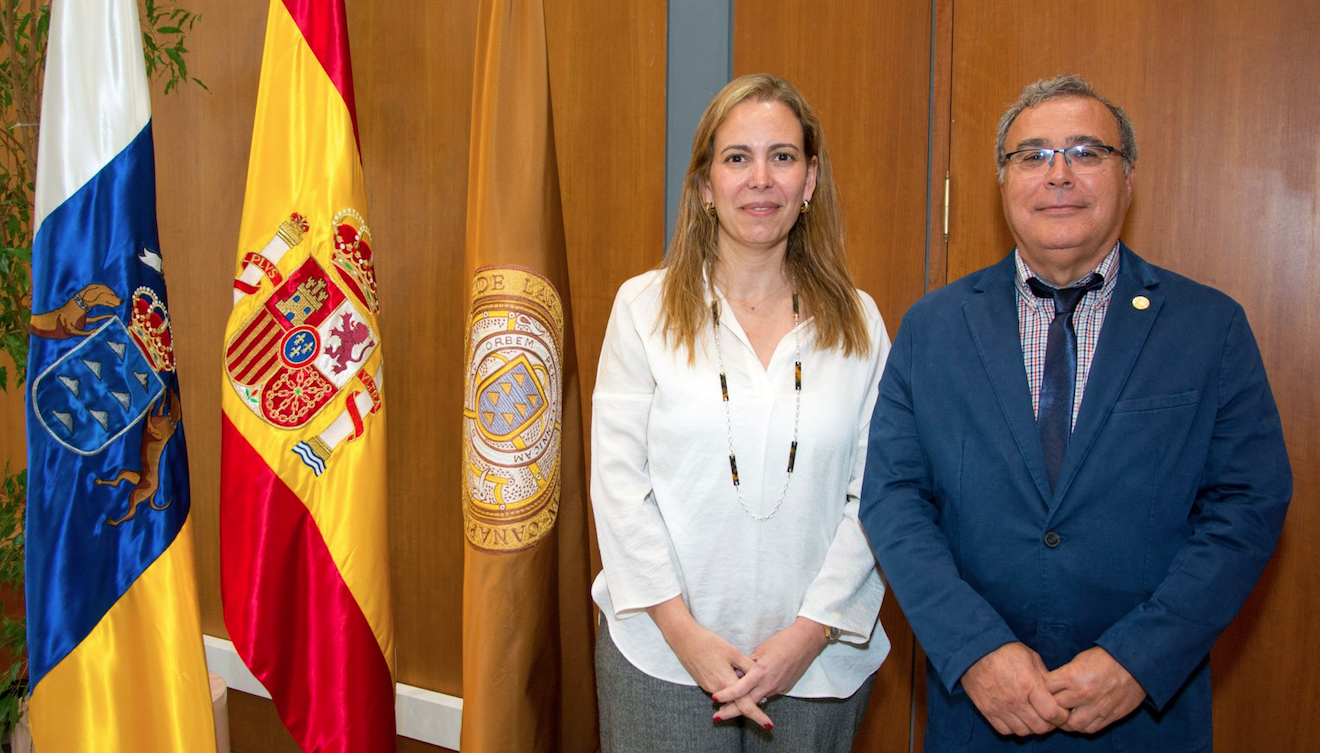 Ana Suárez Calvo will be joining Jesús León Lima as part of the Council´s new committee alongside Miguel Ángel Acosta who, it was previously announced, will continue in his role as secretary of this social participation body within the university.

The ULPGC Social Council’s plenary voted unanimously in favour of naming businesswoman Ana Suárez Calvo as the body’s new vice-chairman, acting on the proposal of current chairman Jesús León Lima. Ana Suárez assumes this role having acted as a spokesperson for the Council since 1st March 2018, representing businesses which regularly collaborate with the ULPGC. She holds a degree in economic and business studies and a masters in management from Spain’s School for Industrial Organisation (EOI). She is the executive director of the Germán Suárez Investments Group, which is affiliated with companies including Astican (Astilleros Canarios S.A), Astander, Inerza, Binter, Hospitales San Roque, and THE Hotels.

In addition, Ana Suárez currently holds the post of secretary general of Fedeport [the Federation of Port Companies of the Canary Islands] and is a spokesperson on the Board of the Las Palmas Ports Foundation. She now assumes a new responsibility within the Social Council’s new committee, through which she aims to strengthen the relationship between the university and the business and social sectors of the Canary Islands. Ana Suárez thanked the plenary for its confidence in her and stressed “that businesses should be even more involved in the work of the university, as it is precisely the university which generates our main assets as businesses: professional and human capital”.

Two additional new members took up their posts during this social council plenary session, having been recently nominated by the Canary Island’s regional government following the completion of the previous representatives’ mandate. The new spokespeople instated were Ana Batista García, the current executive director of the Canary Islands’ Agency for the Protection of the Urban and Rural Environment, and Rogelio Mesa Pérez, environmental expert for Endesa.

Elsewhere, in his report to the plenary, the chairman of the social council, Jesús León, highlighted the great work of the ULPGC Internal Monitoring Department, which in the first months of this year has already published 185 reports on the auditing of university affairs. On a similar note, it was announced that various outstanding audits concerning the ULPGC Science and Technology Park Foundation would soon be commissioned. Completion of the survey carried out amongbachillerato students, with the aim of discovering their preferences regarding higher education, was also reported. The data from this survey and the analysis of their results will be the main focus of the fourth ULPGC Barometer Survey, which is undertaken annually by the Social Council and is expected to be presented this coming July.

Alongside other areas of interest, the plenary issued a favourable report concerning the introduction of the new ULPGC undergraduate degree in data engineering. This request was tabled by the vice-rector for qualifications and lifelong learning, Marcos Peñate, and is expected to be rolled out within the School of Computer Engineering during the 2020-2021 academic year. This new degree seeks to respond to the current demand within the business world for data handling and, in particular, that pertaining to the efficient extraction of useful information, its analysis, and the management of the data available. Within this are included the methods and tools dealing with Big Data.

The Social Council named Tomás Van de Valle as its representative on the RIC ULPGC S.A company’s Board of Directors. He is currently a member of the council as a representative for the scientific and cultural sector.

At the request of the chairman of the social council, the plenary session held a minute silence in honour of the council’s ex chairman, Mr. Domingo Bello, who recently passed away.