THE FINANCING MODELS OF SPANISH PUBLIC UNIVERSITIES: A DEBATE ENCOURAGED BY THE ULPGC SOCIAL COUNCIL 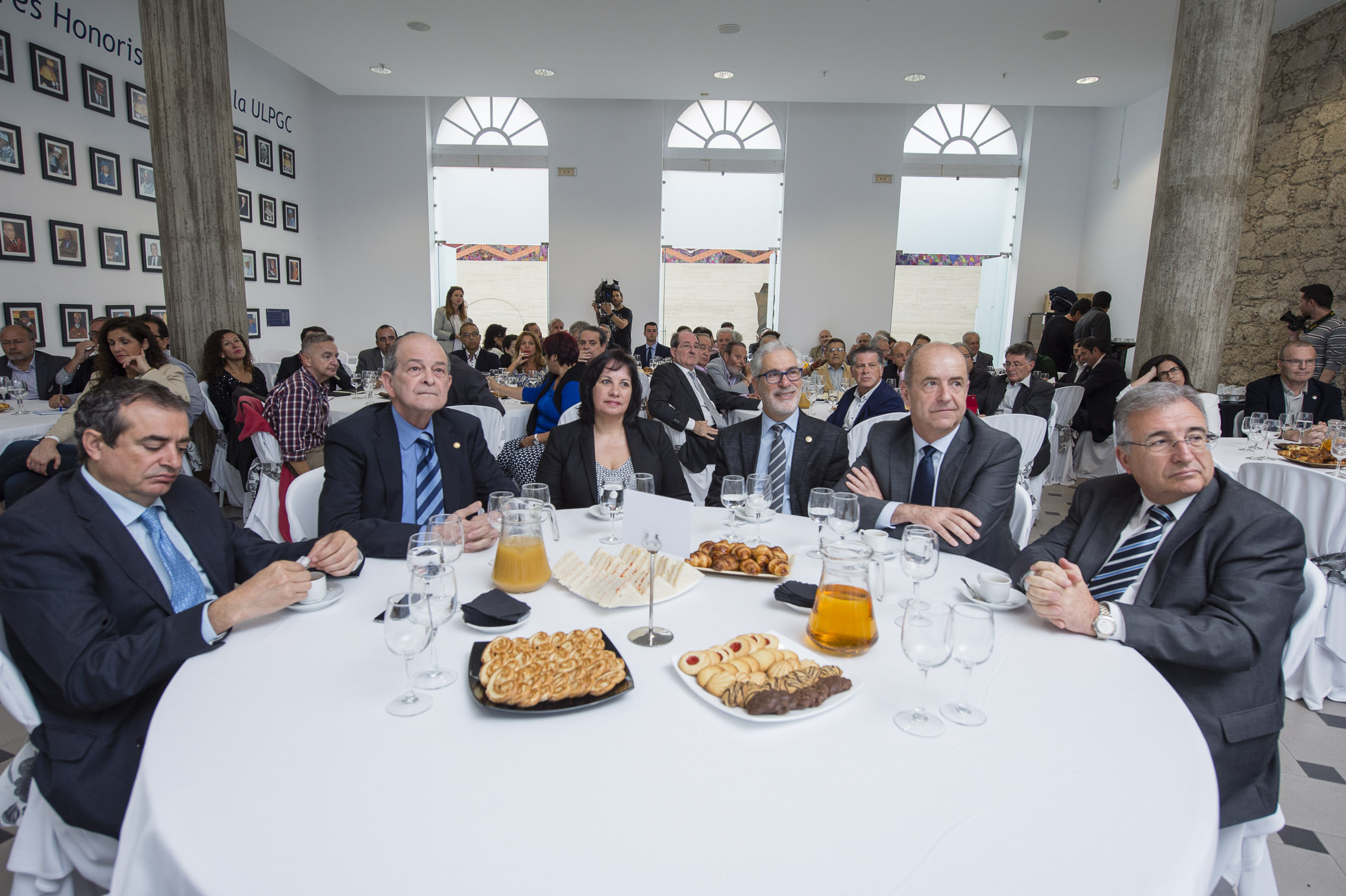 Las Palmas de Gran Canaria, 31st May 2016. The ULPGC Social Council invited Francesc Xavier Grau Vidal, professor and ex-Rector of the Universitat Rovira i Virgili, and head of the Global University Network for Innovation (GUNI), to a new social and cultural initiative held in the Aula de Piedra of the ULPGC institutional headquarters: The Breakfast Lectures. This brought together lecturers, researchers, ULPGC sponsors, the ULPGC governing team, representatives of public bodies and institutions, and entrepreneurs from the Canary Islands.

In his speech, Doctor Grau proposed some foundations for a new financing model for the Spanish public universities within the current framework of the European Higher Education Area. Along these lines, Xavier Grau highlighted that the greater a country’s Gross Domestic Product (GDP), the higher their investment in research and that, likewise, the higher the investment in research, the higher the GDP. Along the same vein, he underlined that Spain currently finds itself falling outside of this equation, thus becoming more distant from the trend seen in the EU15 countries.

The financing of public universities is permanently up for debate, particularly in this age of global competition between countries and regions, which is increasingly based on the added value of knowledge embedded within production and services. Grau suggested that to lay the foundations of a financing model the first requirement is to decide, as a society, where the primary responsibility lies with regard to the relative assessment, conducted by society, concerning the public or private benefit of higher education and research.

Secondly, Xavier Grau demonstrated the need to decide upon the human and scientific dimensions of the higher education and research system, which should be the true basis for establishing the total cost. In order to define this dimension, the professor analysed it in each of the OECD countries, in terms of the overall investment of each, and presented the relationship between this and the different parameters concerning the quality of life and human development in the various countries. He looked in greater detail at the western European countries, specifically the 15 countries of the European Union prior to its expansion to include the eastern countries.

Thirdly, Professor Grau conducted a detailed and exhaustive analysis of the budgets of all the research universities within European countries where there are comparable aspects to the different Spanish university systems from the biggest Spanish regions. The objective of this analysis was to identify a basic financing structure (the weight of contributions from the public, the students, and public and private research projects) which could serve as a model for all of these.

Finally, with all the aforementioned information, the professor concluded by proposing a model, with a concrete size, structure and shape, which he exemplified with the case of his region, Catalonia.