JORGE SAINZ: “WE NEED A MORE DYNAMIC UNIVERSITY IN ORDER TO BE COMPETITIVE ON A GLOBAL SCALE” 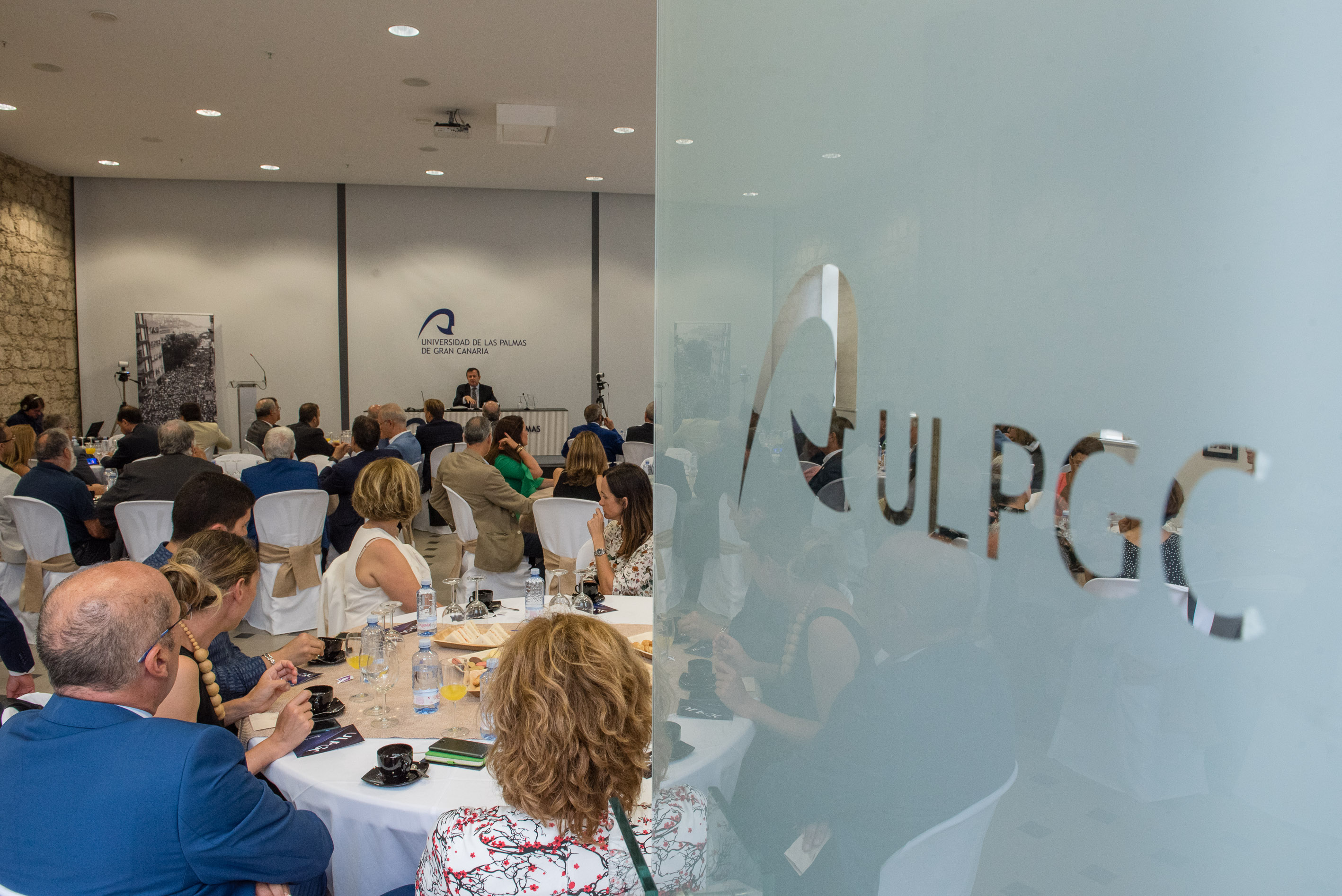 The Secretary General of Universities within the Ministry of Education, Culture, and Sport visited the ULPGC, at the invitation of the Social Council, in order to give a lecture within the framework of the ‘Breakfast Lectures’ initiative.

Jorge Sainz, during the lecture he gave in the institutional headquarters of the ULPGC within the framework of the Breakfast Lectures initiative, organised annually by the Social Council of this academic institution.

Sainz referenced Spanish university policies and the strategy defined by the Ministry of Education, Culture, and Sport with regard to higher education, put forward in a motion passed in the lower house of the Spanish Parliament last December, and in which eight action points have been proposed with “the student at their heart”. This is in order for Spanish universities “to be more competitive on a global level and for which a more dynamic university system is needed, this only being possible through increased innovation and through a closer relationship with society and the business world”. Therefore, the Secretary General of Universities believes a more flexible regulatory framework is needed in universities, as is a more stable financing framework, with multi-annual plans driven by the Spanish regions”. Moreover, Sainz advocated for the “strengthening of university self-governance”.

The chairman of the ULPGC Social Council, Ángel Tristán, who introduced the Secretary General to those invited, demanded a better relationship between the university institutions and the social and productive fabric of their surroundings: “these two areas are constantly moving each other, but they should be kept in step with one other and, in the shortest time possible, we should take advantage of, on the one hand, society and the knowledge which universities produce and, on the part of the university, the demands of our society”. Ángel Tristán also made reference to the increasing “gaps between European and Spanish universities and between leading Spanish universities and the majority of Spanish universities” as well as to “the growing strength of new university governance”. Along these lines, the Secretary General of Universities highlighted that “any modifications concerning university governance should be the product of consensus and the motion passed in December creates a strong foundation for this dialogue”.

The ULPGC Social Council has organised, for the second year running, the Breakfast Lectures, a social and cultural initiative which aims to welcome renowned experts from the national and international university sphere to address the role and aims of Spanish higher education institutions and to strengthen their position and presence within society.

The ULPGC Social Council invited to this second edition lecturers, researchers, ULPGC sponsors, businesses which support the university, representatives of public bodies and institutions, as well as representatives of the business, social and cultural sectors.