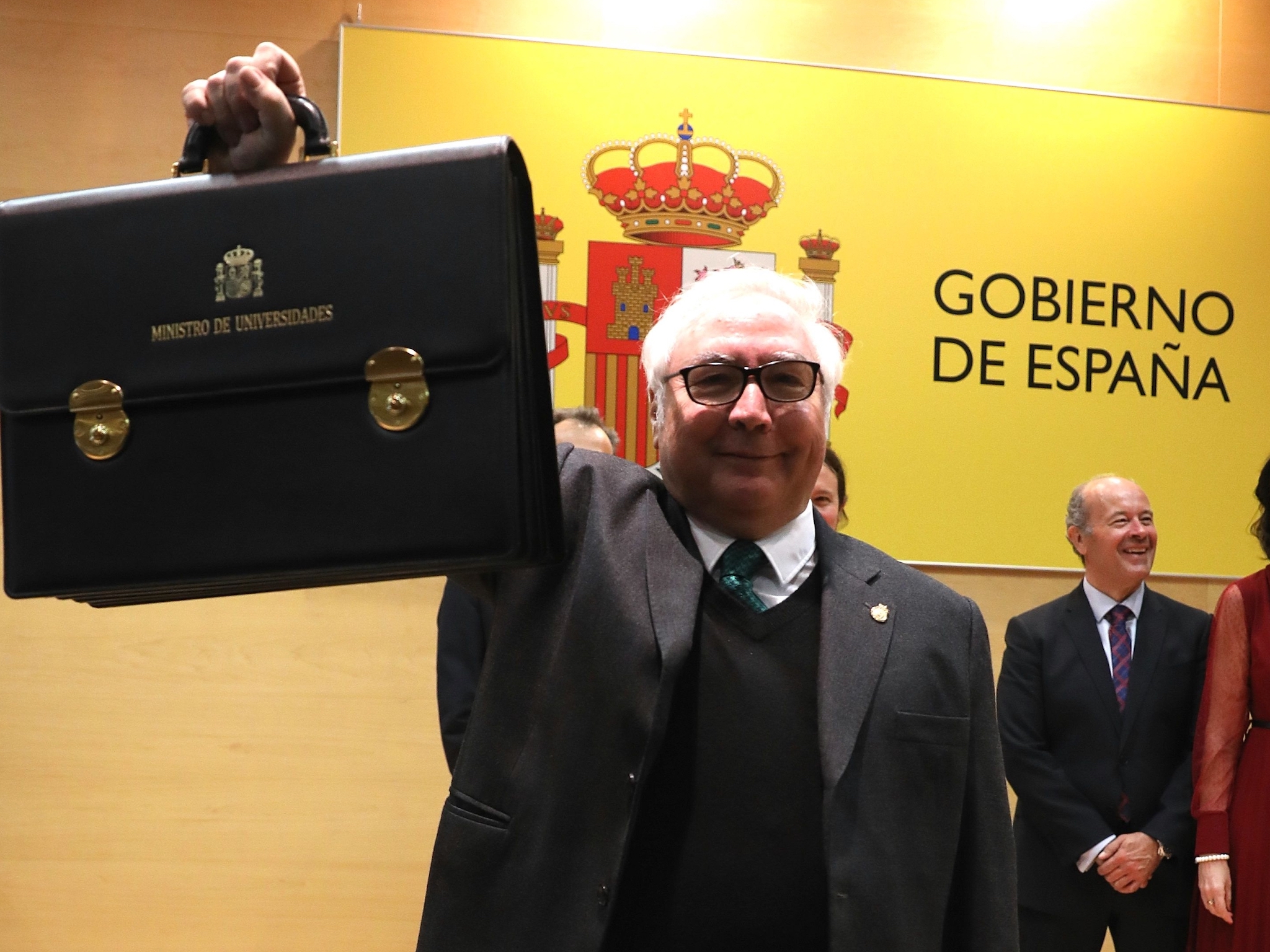 Establishing a Ministry of Universities, should allow efforts to be focused on tackling the urgent changes needed to higher education so as not to continue becoming increasingly distanced from international standards.

The Conference of Social Councils of Spanish Universities (CCS) believes that universities should be a priority for the new government. For the CCS, which brings together the social councils of public universities and the councils and boards of private universities, establishing a Ministry of Universities, “should allow efforts to be focused on tackling the urgent changes needed to higher education so as not to continue becoming increasingly distanced from international standards”.

In order to achieve these objectives, the Conference has written a letter to the new Minister of Universities, Manuel Castells, to offer its collaboration and support. Manuel Castells’ professional background and his knowledge of the state of affairs of universities “opens a hopeful and optimistic path” towards the necessary university reforms, which for years the Social Councils, society’s representatives in public universities, have called for.

As has been repeatedly stated by the president of the CCS, Antonio Abril Abadín, the absence of said reforms “has a direct negative impact on the training of our human, scientific, and technological capital, which are our best chance of seeing increased economic growth and social wellbeing in our current global and competitive digital world”.

The new legislative framework should favour driving structural reforms to the university governance model, increasing public and private funding for universities, facilitating public-private sector cooperation and, in line with the third mission of universities –transferring the results of research and knowledge to society -, enhancing the institution’s internationalisation and fostering the employability of students.

In their latest general assembly, the CCS adopted a statement calling on public representatives to “put the public interest before any partisan fighting, to put universities at the forefront of political priorities and, once and for all, to promote the major national agreement concerning higher education that is so necessary for Spain to face the immediate future with certain guarantees of success.”

The Conference calls on this government to “respond to the petition presented to the lower house of the Spanish parliament on 26th September 2018 by the CRUE [Conference of Rectors of Spanish Universities], the Conference of Social Councils, the Spanish Chamber of Commerce, representatives of businesses and trade unions, and student representatives, in order to open up the process of drafting and passing a new law on universities with a broad parliamentary consensus and the active participation of all agents involved”.