35% of Bachillerato students intend to study at the LPGCU 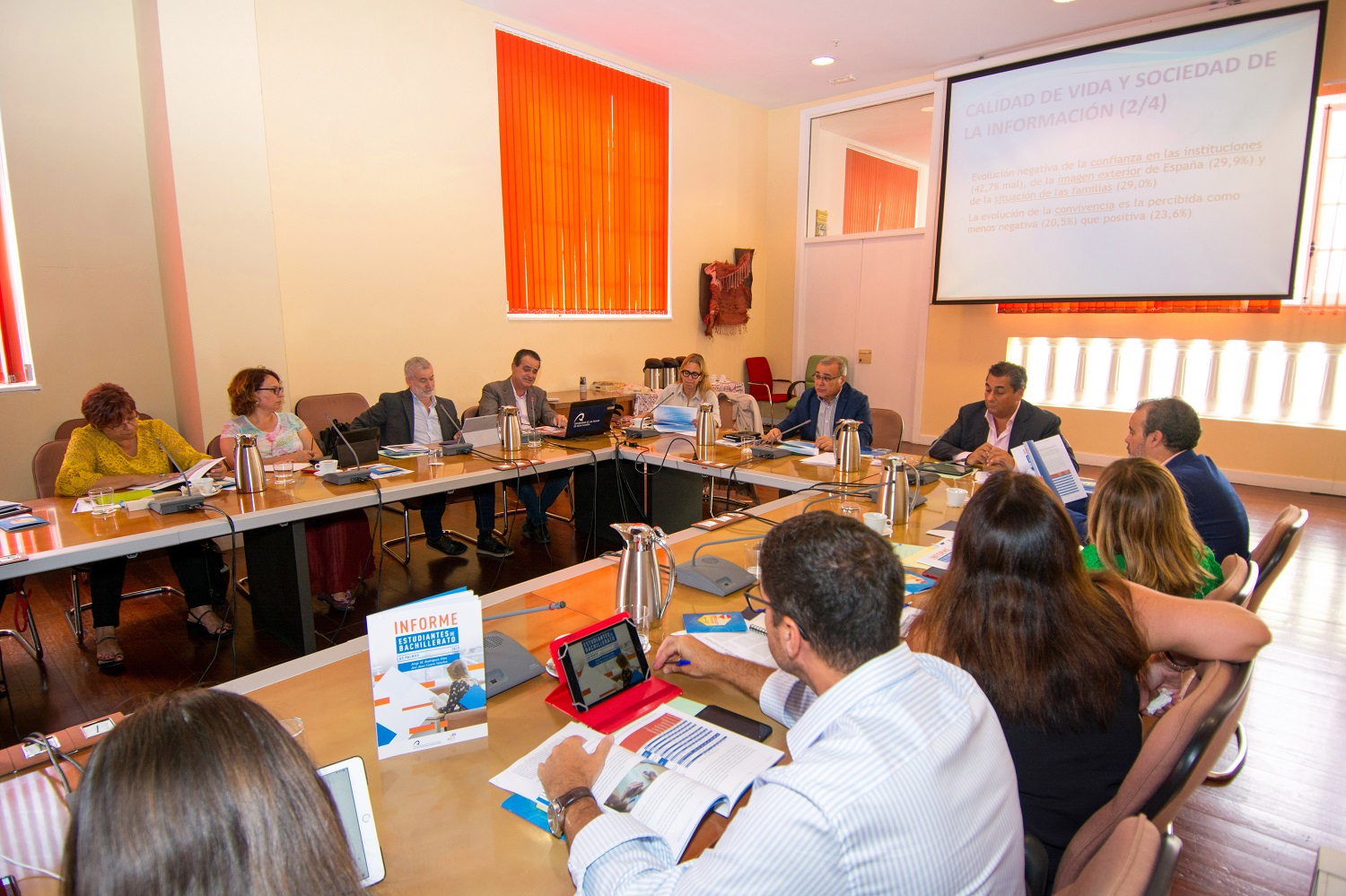 In the plenary session held today, the University’s Social Council presented the results of a survey conducted among a representative sample of students in their second year of Bachillerato studies on the islands of Gran Canaria, Lanzarote and Fuerteventura.

The survey conducted among students in their second year of Bachillerato studies within the province of Las Palmas revealed that 35% of those questioned expressed an intention to pursue studies at the University of Las Palmas de Gran Canaria, followed by those who wish to pursue higher level vocational training (18.9%). Meanwhile, 6.5% favour studying at the University of La Laguna, 3.8% at a foreign university, and only 1.5% at a private university in the Canary Islands. The ULPGC Social Council tasked expert university lecturers Jorge Rodríguez and José Juan Castro with conducting this survey.

The survey, based on a representative sample of the 8,036 students currently in their second year of Bachillerato studies on the islands of Gran Canaria, Lanzarote and Fuerteventura, with a 2.2% margin of error, also demonstrates that the UPLGC is highly valued by Bachillerato students. A “good” rating was awarded by 32.1%, three times more than the number which awarded a “bad” rating (13.2%). The highest percentage came among those awarding an “average” rating at 54.4%.

Moreover, the primary reason offered by the students responding to the survey for choosing the ULPGC as their first option is that the university offers the degree they wish to study (52.2%). However, the survey does also show that the island of residence influences their choice, with the result that 39.6% of those students living on Gran Canaria favour studying at the ULPGC, while for those living on Lanzarote this figure is 13%. In contrast, the primary reason students offer for not choosing to study at the ULPGC is that the course they wish to study is not available (54.4%).

The “unflattering opinion” highlighted by the report on the survey is the low number of students who choose the ULPGC on the basis of the quality of education (5%), its good relationship with the business sector (1.7%), or for its facilities (1.5%).

The students also expressed their views concerning their current education in the schools teaching the Bachillerato, with 45% rather or very satisfied.

The degree programmes giving rise to the highest level of interest among those with the intention of pursuing university education are those relating to education, followed by business administration and management, physical education, law, nursing, and psychology. To summarise this assessment of the degree programmes which are offered by the ULPGC, those relating to social sciences or engineering are valued favourably by the majority.

The section of the report dealing with the appraisal of the labour market and the expectations which surround it highlights a noteworthy attitude, that 85% of students showed a strong willingness to move house in order to attain a good job, stating as the primary reason for this an improved quality of life and better opportunities for professional development. Moreover, the results of the surveys show gender differences with regards to employment, as while men favour work in the private sector (51.1%), women largely opt for public sector jobs (44.2%).