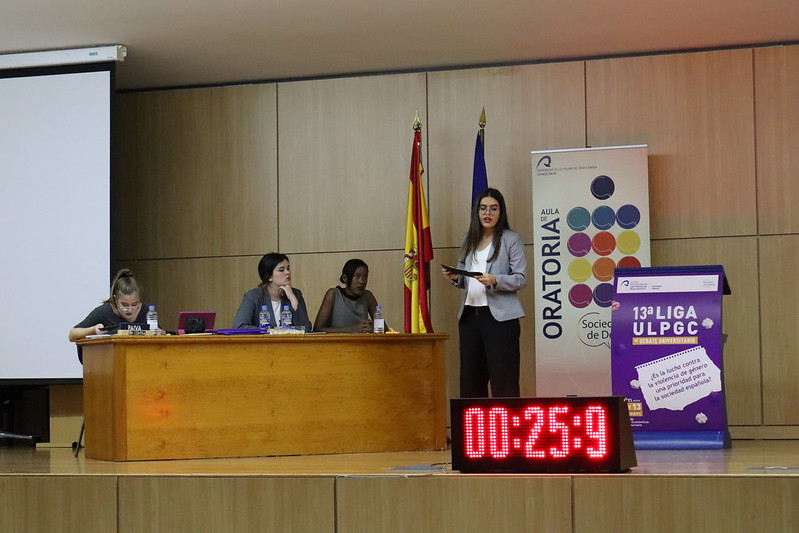 The topical issue to debate will be, “Should the European Union develop its own defence system?”

The ULPGC Social Council, in collaboration with the Vice-rectorate for Students, Alumni and Employability, has organised the 14th edition of the ULPGC University Debate League, which will be held from the 5th to the 7th April in the Economics and Business Studies Building and registration for which opens on Tuesday 8th March and closes on 21st March. The ULPGC is the Spanish public university to have held the most Debate Leagues.

The aim of the ULPGC University Debate League is to encourage dialogue and public debate among university students as an exercise in harmony and tolerance and in the development of personal skills regarding research, analysis, oral expression, listening skills, teamwork, and timely response.

The topical issue participating teams will debate and argue dialectically will be, “Should the European Union develop its own defence system?”. Teams can register through the ULPGC Social Council website, where there is a form to be completed by all members of each team and the competition rules which will govern this league. These can be accessed via: https://csocial.ulpgc.es/iniciativas/liga-debate-universitario/

The motive behind the question for this edition is the current situation in Ukraine in light of Russia’s military invasion. This is because the world is looking on in shock and fear as Russian troops invade Ukraine, in a war – already dubbed “Putin’s war” – launched behind the backs of Russians subjected to a strict censorship and disinformation campaign. Apart from being cruel to the Ukrainian people, this breaches the political order and security of Europe, bringing the continent to the edge of the abyss. Ukraine is a sovereign state which has exercised its legitimate right to freedom and is a member of the UN and other international organisations. In view of these events, we pose a topical question regarding how the European Union should act in light of Russian aggression and if the development of its own defence system, which does not depend on NATO or the USA, is desirable.

The ULPGC University Debate League entails a series of debates held between participating teams, as in a sports league. The debate opens with the comparison of arguments by the teams involved, one in favour and the other against, regarding the topic chosen in each edition and with certain time and style constraints.

As society’s participatory body within the University, the University of Las Palmas de Gran Canaria’s Social Council promotes the debate league in its interest to provide activities that allow students to make progress in acquiring transferable skills such as critical thinking, public debate and comparison of ideas, in addition to searching for arguments which support them.