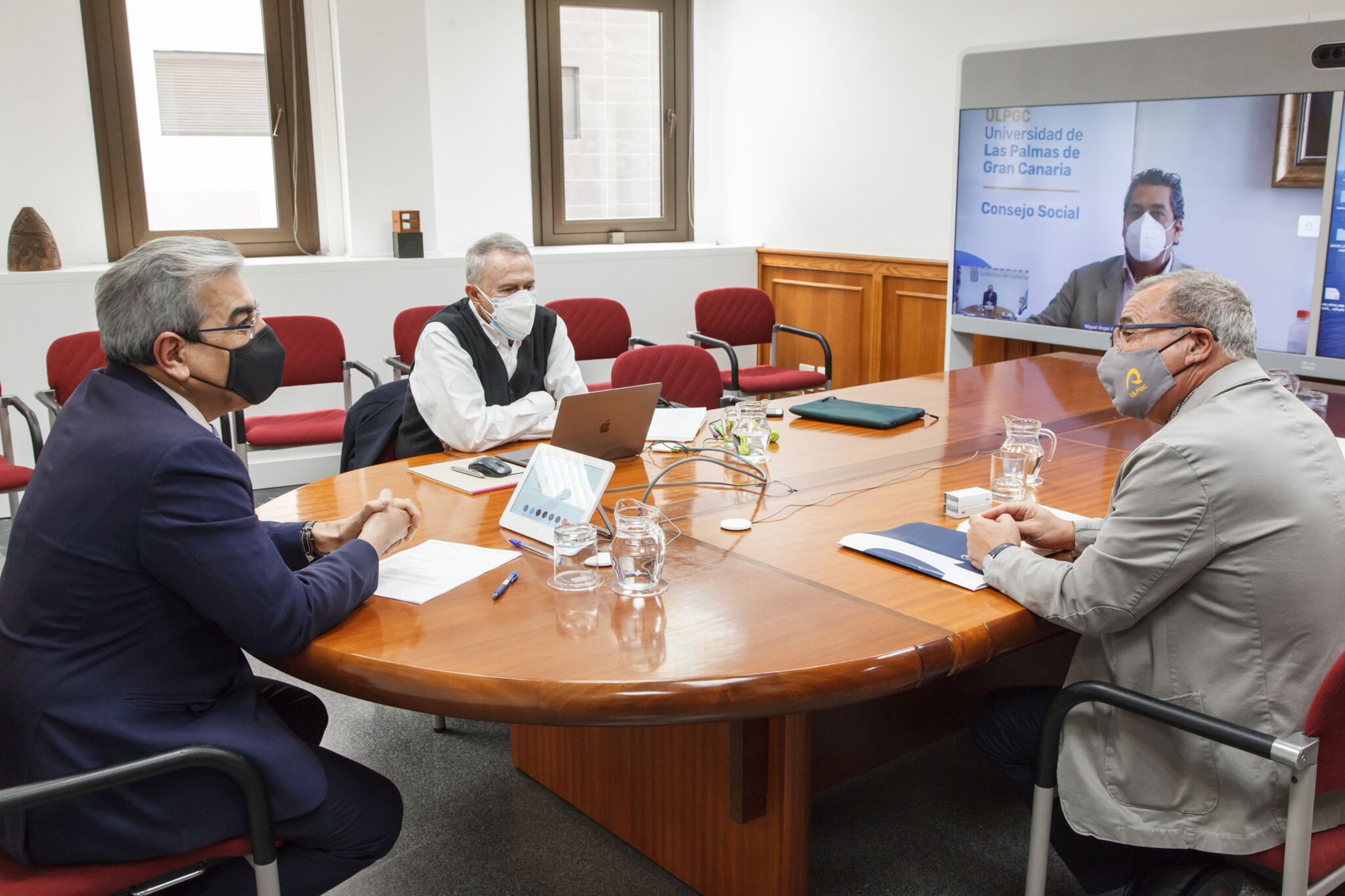 The initiative aims to connect the Canary Islands to prosperity and an economy with greater added value and increased diversity and sustainability.

Last Friday the vice president of the Canary Island government and regional Minister for Finance, Budgets and European Issues, Román Rodríguez, met with the chairman and secretary of the ULPGC Social Council, Jesús  León Lima and Miguel Ángel Acosta, along with Francisco Rubio Royo, honorary rector of the ULPGC and coordinator of the initiative, who explained the actions proposed in the document on which ten experts and more than 60 contributors have been working since June 2020.

The objective of the Canarias Importa [The Canary Islands is Important] initiative, which has been advocated by the University of Las Palmas de Gran Canaria’s Social Council, is to propose actions for the design of a new economic and social development model for the Canary Islands within the new outlook for the future brought about by the Covid19 healthcare crisis.

Román Rodríguez expressed his support for the initiative and stated that these proposals are linked to those of the Canary Island government’s Plan Reactiva.

Jesús León Lima explained that this initiative was established with the aim of collaborating with institutions and he cited the meetings which have been held with the president of the Canary Island government, the president of the regional Parliament, and businesses, trade unions and professional associations. The initiative represents a contribution made by the Social Council to civil society and its main stakeholders, both public and private, who are responsible for decision making. The chairman of the Social Council encouraged the vice president of the government to count on the university, which has “sufficient talent” to provide Canary Island society with strategies and solutions.

The chairman of the Social Council highlighted the work selflessly undertaken by ten experts: five from the university and the other five prominent experts of great renown in different sectors of society.

Francisco Rubio Royo explained the initiatives within the proposal and their alignment with the European Union framework for the receipt of Next Generation funds. According to Canarias Importa, any proposal needs to be aligned with Europe, Spain and the Canary Islands, and with the green, blue and orange ecosystems permeating throughout.

Rubio Royo emphasised the need to be ready to make the most of European Union funds. To this end he highlighted the importance of having “a development model for the Canary Islands in the short, medium and long term – a sort of guiding star whose measures and actions respond to the criteria fixed by the European Union for the receipt and management of Next Generation funds”.

Rubio Royo stated that the first step to take must be related to the key driving area: tourism, “but a smart and updated tourism”. He moved on to describe the Senior Resort School & Lab pilot project, a micro destination for seniors including not only hotel accommodation but also incorporating innovative related services which make the Canary Islands a global leader in this sector, enhancing a notable creative, digital, sustainable, and silver economy within its vicinity.