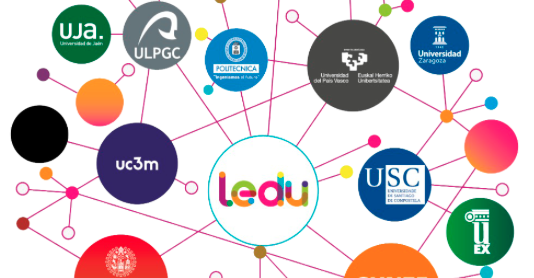 A team of 5 ULPGC students will take part in the Final Round of the Spanish University Debate League (LEDU), with the support of the ULPGC Social Council. This event will take place from 1st to 3rd October in the MIRA theatre in Pozuelo de Alarcón (Madrid) and will bring together 16 teams from 14 universities.

The ULPGC has been selected by the LEDU following participation in its Talents Round, held during February and March 2021, and after succeeding in finishing this competition among the teams with the best orators.

In addition to the ULPGC, the following universities qualified for this last Round: Carlos III, Málaga, Jaen, Alcala, the Polytechnic University of Madrid, the Basque Country, Zaragoza, Santiago de Compostela, Extremadura, the University Centre for Financial Studies (CUNEF), Salamanca, the Balearic Islands, and Vigo. They have all reached this final round by being one of the four semi-finalists of the LEDU Talents Round, or by winning a tournament such as: LEDU Stem Cátedras Telefónica, Cánovas Fundación, the Salamanca Student Debate Forum on Equality, and the Three Cultures debate.

The Spanish University Debate League was the first competition of its kind in Spain, with our country’s best orators coming together each year in a high-level event. In 2000, this league was a trailblazer within Spanish debating, driving the creation of debate societies, clubs and workshops in the majority of Spanish universities and raising awareness of the need for public speaking skills at all stages of education.

The ULPGC Social Council will support the team of ULPGC students in this national Final Round, the Council being the driving force behind this educational initiative within the ULPGC which is expected to resume at the end of the first term. The aim of the ULPGC Debate League is to promote the art of speaking, reasoning and debating among students, along with critical thinking. These have all become cornerstones of a university academic education.